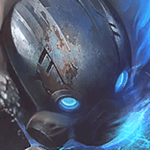 Synax | June 21, 2020 8:17am
Hey Sylvan! what are your thoughts on Precision secondary and Ghost now that it's been buffed? Love your guide man and thanks in advance
1
[-]

Sylvan Lore | July 10, 2020 9:51pm
Sorry I missed the message! Precision secondary can be great for mana regen in lategame teamfights, but I am a big fan of biscuits to try and buff up my laning phase. I am a huge fan of ghost if you can get used to it, but I find it to only really be strong when you are taking it to match another mid-laner taking it. If you end up in a situation where you have ghost and they have ignite/teleport, it can be tough to match laning phase or roams. But in the end I think those are definite choices based on your personal play-style.
2
[-] 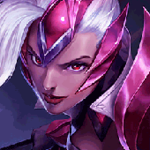 Sylvan Lore | April 24, 2020 7:29pm
Thanks for the question! Initially I updated my guide from 10.5-10.7 to reflect the GLP-Phase rush build that I saw a lot of pro play moving towards. During that time I was also testing a lot of different build paths and mostly following this.

For starters, I am really not a huge fan of GLP on Orianna. I struggle to efficiently use the slow on the item without baiting myself into getting much too close to the enemy. For coordinated teams, this slow can be game-changing, but in solo queue it is often a bait IMO.

Also, with the recent buffs to Orianna, I feel like her burst is a little stronger and I like the slightly increased damage in this item. That is not to say that I will not build it in certain situations. I think it is a great counter to champions like Singed, Kalista, ...etc. At the end of the day it comes down to preference and my guide shows mine from personal experience. If I am correct Luden's will become meta even in pro in the near future.
2
[-]

Synax | April 18, 2020 8:27am
Hey Sylvan, I was wondering with your new build order do you typically build oblivion orb after Luden's then build Liandry's and just finish Morellonomicon as your last item? or do you not get oblivion orb until you actually start building Morellonomicon? Thanks in advance!!
1
[-]

Sylvan Lore | January 23, 2020 5:24pm
Yes I have seen this taken by a few really high end pros but I have some concerns with taking this rune myself.

First of all, this rune allows for a lot more skill expression with the additional decision making, but this also brings in the opportunity to make a lot of mistakes. If my summoners are flash-barrier for instance, I will always have the bail out defense of my barrier. But say I swap out the barrier for a teleport, this may have seemed like a good decision to me, but it could also get me killed where I would otherwise survive! Personally, I would want a lot of experience around optimizing this rune before I tried to take it into a ranked game.

Secondly, this rune isn't available until the 6 minute mark. That may not seem like much, but for a champion who is as dominant in the early levels as Orianna, it feels like a waste. There are many assassin match-ups such as Akali where the only real times that you win are pre-level 6. Combine this with my preference to play Orianna in a lane dominant fashion and I definitely sway more towards taking Aery and pushing my early advantage. It really does just come down to preference though.
1
[-] 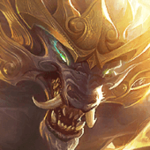 CryptWolf | April 28, 2019 10:58pm
Hello Sylvan! I just wanted to say thank you for the guide! I had my first pvp match with Orianna yesterday, taking on a Yasuo who played nothing but Zed and Yas, thanks to your guide, I was not only able to score several solo kills on him, the build and match up details helped me never die in lane, with only 5 deaths through from team fights! The final score was 8/5/20 with a victory at the end, thank you for taking the time to make this easily understandable even for a new Orianna player!
2
[-] 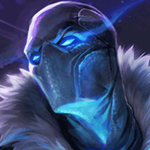 I was wondering what is the best way to use Minion Dematerializer on Ori? Because after like lvl 9 you already 1 shot the caster minions. Am I still supposed to use it on them? or do i use it on the melees, but even with all 3 on the melees i still don't 1 shot them till much later
2
[-]

Sylvan Lore | April 22, 2019 1:58pm
Although it does change minion damage on the type you dematerialize, that’s not the main reason I take it. Like you said Orianna has good waveclear already so it’s not really important in that aspect. It is more important for wave management and base timings.

The most common way I will use it in lane is to pressure a champion that is poor at waveclearing, especially under turret. Champions like Leblanc and many others struggle to or at least waste a lot of mana to CS under turret. If you simply use the dematerialize to delete cannon minions, you can easily shove large waves and force them under their turret. This will waste their time and mana while giving you a great time to roam or go back to base and return to lane much faster than they can.

So I guess in the simplest form, if you just use it mindlessly on the first 3 cannons, it will create a lot of pressure into your opponent and tilt lane in your favour. There is nothing a twisted fate or a talon likes less than being stuck under their turret while you outscale them. Hope this helps!
2
[-]

Requiem Waltz | April 21, 2019 12:22pm
Thanks for the quick response. I've been playing a lot of Orianna recently and this guide has been super helpful. Specifically the match-up section.
2
[-]

Witwickies (2) | August 12, 2018 6:24am
Hello! Great guide to Orianna. Thanks for it.
While I was reading it, small question crossed my maind. Why did you chosen Spellbinder as somehow prohbited item? It gives a lot of AP and movement speed. Also, it's active effect is very powerfull.
1
[-]

Spellbinder is a really interesting item that I'm honestly still learning the power of. It is a very efficient item in the with how much AP it offers for such a cheap price, but i just don't see it fitting well into a build. What I mean by that is in the standard Mana+CDR->Pen->D-cap/Surivability build path there isnt much room for this item to shine. It can't replace your first item as you would lose lane. I could see it as a possible second item, but in its current state, I still feel Morellonomicon with its flat penetration is incredible on Orianna.

At the end of the day, i just cant justify having it in the place of a Morello,Zhonya or Deathcap. The passive also feels a bit less useful on Orianna since you never really chase down kill like something such as Vlad or Akali.

Sylvan Lore | June 2, 2018 6:11pm
Yeah futures market could work with the new patch changes. Especially with the nerfs to the dematerializer not activating until later on in the game, futures market may be better to ensure you get a good first back item.

Im still working on testing for updating this guide to the current patch, but if i stay in the inspiration tree, futures market seems more effective than minion dematerializer. More than likely though, i think it may be effective to go into the Domination tree and get the Ultimate Hat replacement for Ult CDR. Since you can get ultimate cooldown and still have the Mana Flow Band in Sorcery, this will likely be the most effecient.

*Edit: Just finished updating the guide so a lot has changed and everything should be in there now.*
2
[-] 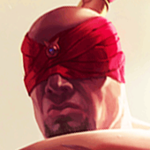 Sylvan Lore | April 30, 2018 1:28pm
It's not really that Rylai's is so terrible on her, it's just that as a tanky AP item, it is really lacking compared to Morellonomicon and Liandry's Torment. At 2600 its quite a cheap way to get 85 AP and some tank stats (soon to be 90 AP in patch 8.9). This item is great for champions that have good DPS to keep stacking the 1 second slow like Cassiopeia. I've also seen it pulled off quite well on Katarina as a mid game powerspike item. But as Orianna, you really want the late game.

Morellonomicon will give you flat penetration as well as grievous that will help significantly in damaging ADCs with low stats that mostly depend on healing.

Liandry's Torment will give you ramping damage as a % that scales great into late game as well as burning tanks for % health.

Both of these substitute tanky AP items will be roughly as strong in the mid game, but more importantly much stronger in the late game. I used Rylai's a lot when in was meta, but ever since the slow fell to 20% for 1 second, it really feels like you cant even kite dive champions like Kled or Renekton with it anymore. I can see an argument for using Rylai's with Liandry's for the stacking burn and extra health. Other than that it really just seems to be taking a slot where a Deathcap or Void Staff can be doing much more for you.