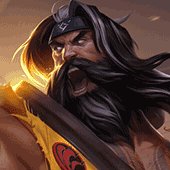 Void Staff
A word on Elixirs

By chubra
WHY THIS AND WHY WUKONG ?

I've always been interested in Off Meta play. I find this to be the most creative and fun way to enjoy gameplay and I believe the only way to change and improve uppon the current meta is to experiment with off meta builds and strategies. Defining what off meta means can be different for many players: some might clasify a build as off meta simpley by changing a certain rune or item - others might be trolling all the way and still justify that as off meta. Both are correct, because defining off meta is an individual conception. I'd clasify off meta as an unusual approach to playing the game/champion, whilest still filling in a certain role and providing for you team.

WHY THIS AND WHY WUKONG

As I explained, I am a fan of the Off Meta and when I choose to defy Meta play, I do so no matter the odds. So (apart from my personal agenda) why play

Wukong this way? I must admit that the idea behind this build came from a popular AP Wukong build that focused on pure AP with key items being

Lich Bane, allowing Wukong players to one-shot their opponents. Wukong is great example of a

fighter champion with tanking potential from

Stone Skin (although he isn't a

tank ) and also damage output both AD and AP with his

Cyclone to provide CC and so I wanted to keep him at this role (rather then go for an assassin AP build) with a bit of a twist. If you've been reading the notes, then you are aware of the mechanics and the idea behind the CORE item build (and other full build variants). Regardless what items you choose to complete a full build, remember to play as a Wukong - CC and burst key targets on the enemy team while soaking some damage for your team.
You can put these CORE items on any champion and they will synergize. The reason why I chose Wukong is because they synergize very well with his ability kit and playstyle, while still allowing him to do his job - sounds a lot like some Off Meta stuff...