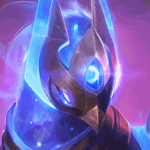 Dark Seal
Must Have Items

Xerath is a really annoying matchup for Anivia. His entire kit kit is made to attack from a safe distance. Most abilities is at such a long range where Anivia wont be able to hit him. Additonally is his W and Q a big problem for Anivia in the early stages of your game. Both these abilities cast extremely fast and because of the slow base movespeed Anivias has, you'd often end up getting poked out.

Azir additionally is a hard matchup. This champ as alot of buildt in harass and can safely farm minions and hit you from a distance. He's also extremely hard for a jungler to gank if he position well on the map.

Kassadin is another champ which can be hard for Anivia to deal with from time to time. In the early stages of the game you're going to have a easier time vs Kassadin, but once he hit level 6 and abuse his mobility the lane slowly turns into a nightmare. His q also is a huge counter to both your Q and R. This ability is a disruption which cancels your R and makes so you're unable to recast q. This became less of a threat in the resent buffs Anivia got. You can now use q directly at him and if he so desides to Q you when you've used yours, counter it by using your E. With the new Anivia buffs you're not be required to stun anymore to crit with your E, the enemy champ just has to get hit by your Q

Poppy is a champ which would work great with Anivia in botlane. She can use her E on a target and CC them if they get pushed into your W

Same reasoning as Poppy. She can use her E to CC the target on your W. Additionally Vayne has alot of damage in lane, which further can be a good combo with Anivias early damage if both of you end up botlane

Poppy is a champ which would work great with Anivia in botlane. She can use her E on a target and CC them if they get pushed into your W

Same reasoning as Poppy. She can use her E to CC the target on your W. Additionally Vayne has alot of damage in lane, which further can be a good combo with Anivias early damage if both of you end up botlane

By AniviaBot
Introduction
Hello, I am AniviaBot. Im a long time Anivia Onetrick who've played league of legends on and off since the early season 1. My peak was Challenger back in season 5 and 6, but now im just hovering Diamond tier.

Anivia is a unique champ which have had my love from day 1, and i figured i'd make a build covering the new item for season 11, Everfrost.

The build is plays around the power of Everfrost. Everfrost is really strong item with champs who can chain cc its cc combined with one of their own spells. For Anivia this makes her really strong because she already have the Q into W combo which pretty much ensures you to start a CC chain. Here you can additionally use Everfrost to extend the cc even further making the total duration a enemy is cc'ed for 3 seconds if chained perfectly.

Everfrost is the core item for this build. Its mainly used to chain-cc the enemy using your Flash Frost into then Everfrost. This will always allow you to use a additional Frostbite in every single combo you do.

Zhonya's Hourglass is your main item for defences. It gives you a huge amout of Armor, additionally it gives you a desent amout of Ability Power and 10 Ability Haste. For Anivia the active of Zhonya's Hourglass can be really helpful. It allowes you to keep your Glacial Storm running while you'll be invulnerable. This can further be improved by using Everfrost into Zhonyas cc-ing a enemy champion inside your Glacial Storm for the majority of your stasis..

Void Staff will for most games become a really core item for lategame. League of Legends at the moment has alot of items giving people defences, so most people will in the later periods of a game have a good amout of magic resistance if you're the fed one on your team. Because of this the Void Staff will later one be really important for you if you're going to deal any damage to a enemy champion.

Giant's Belt is bought desently early in the game (usally after Everfrost and Zhonya's Hourglass) and upgraded to its item as last item.
These Are the items you usally upgrade your Giant's Belt into:

Abyssal Mask
This item is the most used one. It gives you and your team a damage increase of 15% when you manage to CC someone using your Flash Frost, Everfrost or if you physically hit someone using your Crystallize. Additionally it gives you 400 Health Points and a good amout of Magic Resistance. The 400 Health Points synergises well with Anivias passive, because it pretty much doubles the value to 800 since passive scale with Anivias Health Point

Warmog's Armor
Warmog's Armor is rarely used, but it can be nice in games where you neither need the defence and damage from Abyssal Mask or the % Max Health Point damage from Demonic Embrace.

Anathema's Chains
One of my new favorite items in the game. It gives alot of defences for a cheap price. Will also be huge if you play versus certain assassins or overfed adcarries because the item lets you mark one opponent so they deal 30% less damage to you. It's also a quite good combo overall with everfrost because it reduces the tenacity a enemy has, meaning your chain cc with q into everfrost or everfrost into q will become even longer.

Thornmail
Good versus full ad comps. Also helps alot if they have a insane amout of healing. I didnt really use it before, but the item has changed how alot of games go for me simply bcs of the amout of armor you get.

Insted of using Giant's Belt you could use one of these items insted (Keep their cheap hp component for same duration as you'd keep a Giant's Belt, only exception is with Cosmic Drive. Upgrade this as 3rd item. In 11.6 i'd recommend to mostly buy Cosmic Drive:

Randuin's Omen
Randuin's Omen can be used in games where there's alot of autoattackers. A good matchup to use this item in could be something like Lucian. Who Anivia normaly would struggle a good amout versus simply because of his mobility and damage.

Dead Man's Plate
Dead Man's Plate is used for games where the enemy has alot of Physical Damage or when they have a huge amout of CC which you could easelly dodge having some bonus movespeed.

Cosmic Drive
Cosmic Drive is a good item in general. I recommend using this item if you dont need any of the items above. Or any of the Giant's Belt items. The Ability Haste this item give at the moment is insanely high and you could play most games with around 70+ Ability Haste, which equals 41% CDR.

These are the shoes you'd normally go in your games:

Sorcerer's Shoes
Sorcere's Shoes is your most common choice of shoes. They give you a good amout of damage increase in most games.

Plated Steelcaps
Plated Steelcaps isnt used alot, but it can become useful into either full AD comps. Or games where you'd have a AD carry in both toplane and botlane on enemy team (both being fed / strong).

This is a quick combo allowing you to hit q and e almost at the same time on a enemy. This can be really useful versus stuff like a Gangplank who usally uses his

to remove the cc from your q and too heal a small portion. You can additionally use

on the enemy. This can easelly result in you getting a cheesy kill on a enemy who didnt expect this burst.

This is Anivias main poke combo, it procs your electrocute and does a huge amout of burst. Its a simple combo all Anivia mains should learn, gives them a huge advantage in alot of lanes...specially versus certain melee matchups or immobile ranged ones.

This is another combo Anivia can do. This combo allowes you to get a Empowered

off, but it requires a good timing on when you cast e. I use this combo usally when i want to bait out a dash. This sets the enemy up to a point where you can then use

to cc them when dash is on cd.

Combos you can do with Everfrost:

This combo allowes you to always get 2 Empowered

on the enemy champion because of the chained CC with your

This combo gives you the oppertunity to use 3 Empowered

. Downside with this combo is that its kinda slow and its not really used for burst, enemy also get a slight timeframe where they could flash or dash away. Its recommended using this vs either melee champions who wasted their dash. Or against a immobile champ in general who has no way of getting away from the combo. Also helps alot when you use

with this combo insted of abyssal mask or any other

This is a faster version of the combo above. Downside with this is that you dont use our

to hit your first

combo, so you play with alot of risk after using the

Replace Q with Everfrost:
Additionally you could also use your

as a replacement for your

cc. The speed of

is about the same as your

, which then allowes you to use

. This requires a bit diffrent timing because

is slightly faster than your

W Mechanic {All things can be done with rank 1

:
A Mechanic you can do with Anivia is using

in the opening between your tower and wall. This will delay the minions arriving to lane and allowes you to farm safely under tower. Downside by doing this is that your minion wave will automatically slowpush into the enemy, which can quickly backfire on you.

Insted of blocking the full wave, you can deside to block only the Casters(Ranged Minions). This will result in the enemy starting to slowpush into you.

A slow push is having your minions push down a lane slowly, due to some resistance from other enemy minions. This can typically be done just by ensuring you have, say, 6 minions (3 Melee, 3 Casters) versus 1 Melee, and 2 Casters.

Which is what your

will make minions do. It blocks the casters so the wave them becomes 3 Melee minions on your side, versus 3 Melee and 3 Casters on enemy.

There's also another way to use the wall that i recently discovered. If a enemy is freezing the minion wave at their tower. You can proceed to block one minion wave twice. This is done by blocking them first at your tier 2 tower, then again at tier 1. This forces enemy wave to push rather than freeze, and it will end up freezing at your tower.