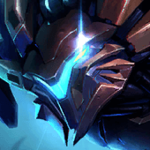 LeSocair (1) | December 13, 2019 3:37pm
Hmm, no I don't, I'll look into it, I think poking her as much as possible before her 6 could work, but since she has her jump on her E now, it means she can easily jump on you with each Q and trade with you while shielding twice with W, making it a free trade for her every time, seems pretty hard.
I'll have to get some experience with this matchup before I try to draw any final conclusions, for now, maybe these early thoughts could help:

I guess in this case it would be about who has lower health, thus why poking her with Q's and E's should be top priority if you want to farm at all, also building early Magic Resist and/or a Dshield should be an obvious go to.

Most GP's abstain from building common resistance options other champions build early --for whatever reason--, but I suggest a Spectral Cowl and/or Hexdrinker early, along with Mercs (unless Diana is the only enemy ability AP based champ), you'll get dmg no matter what later in the game, it's good as long as you don't die 5 times in lane.
2
[-]

KingZogu | December 17, 2019 8:49pm
Yeah i've made a decent strat for countering her, i mostly just farm under a barrel so if she tries to dive me i can back off quickly and trade a bit though i usually play the lane passively against her especially since the update. thanks for the tips though
1
[-] 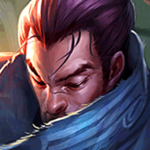 Kuroroshiro | August 31, 2019 2:03pm
Hey what's up, I've been using your guide for a couple of weeks and I thank you for it. I wanted to know your opinion on building more than one Infinity Edge for that extra damage, I've seen people building two or even three when really ahead.
1
[-]

nodwillian (1) | August 3, 2019 11:27am
nice job! pretty interesting guide
I saw you suggested banning riven which is something I used to agree but mow I kind of feel like I don't often see a lot of really god riven players on soloq, specially cause she is quite difficult to play. that's the reason I tend to ban akali more often as I see a lot of good akali players and she is too strong in my opinion. also, I think this is one of the best builds on GP by now but I would really recommend buying yoummus earlier and let E. reaver + IE to build later in the game, I feel it is better decision in general.
1
[-]

LeSocair (1) | August 5, 2019 11:51am
Agree about the ban thingy, right now (9.15) I feel like Kled is the best ban.
I don't quite agree with the Ghostblade though, I think it is quite situational, and it doesn't offer as much as other options do. Also, Lethality is kinda meh atm, so I wouldn't recommend biasing towards it.
It is a viable option though, if you like it, go for it.
Loading Comments...
Load More Comments