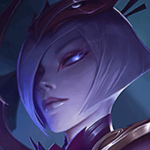 Abbreviations and their meanings

This thread is locked

PLEASE NOTE: This thread has been locked by the moderators. You cannot reply to it.

LoL = Stands for League of Legends
CC = Crowd Control, referring to slows, stuns, fear, etc.
AP = Ability Power, meaning magic damage, usually done by spells/abilities, and some items.
APC = Ability Power Carry, meaning a champion that doesn't have much base health but deals lots of magic damage through spells/abilities.
AD = Attack damage, meaning basic damage done by auto attacks and abilities, as well as some items.
ADC = Attack Damage Carry, meaning a champion that usually has low health but deals a lot of damage from auto attacks, or attack damage.
Bot = Referring to computer controlled champion (AI), or mostly referring to bottom lane, 'bot lane' for short.
Top = Top lane, the northern-most lane on the map.
Mid = Meaning middle lane.
OP = meaning Over Powered, summoners use this to explain the immense and unfair quantity of something.
OMW = On My Way, usually said when a champion is heading towards an area where another champion requests help.
GG = stands for Good Game, said at the end of a match when you win/lose, expressing no hard feelings during a game.

Just a start, but feel free to say a few and I can add them as soon as I get the chance.

Click above to check out my blog, it's full of art and the latest League news!
A Chubby Baby
<Veteran>

Sig courtesy of GrandmasterD. Go get your own sig from them. :D