How does voting work?

Your vote on a champion represents your opinion of what tier (1-5) that champion belongs in. The champions are sorted based on an average of everyone's votes.

This is a crowd sourced tier list meant for discussion and fun. Everyone's opinion is different and not everyone will agree with the results. Use your own discretion.

These champions are the best of the best, and are almost always strong picks.

Very strong champions that are good in most situations, but may have a counter pick.

These champions are of average strength, or can be strong but only in some situations.

Champions in this category are on the weak side, but can be picked in niche situations.

These are champions that do not fit in the current meta, and should rarely if ever be picked.

Lavi Sorrow (1) | September 8, 2022 3:47am
Does community tier list reset after each patch? If not, I think it should because some champions are drastically changed.
Well if it would change anything... because currently this list is total nonsense. I wish players cared more about it.
Maybe a possibility to vote should be limited to users who have provided themselves at Mobafire or something. Like level requirement, idk...
2

To be completely honest... it's a feature we haven't touched in a looong time. I know a while ago we looked into ways to improve it but we dropped it for other projects, but hopefully at some point we'll come back to it and update it properly.

Thank you for the suggestions, I'll make some notes for when we get started on updating this tool!
1 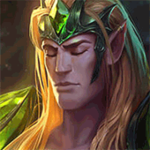 minervatheory (1) | May 23, 2022 1:48pm
So how does the tier list work? Do you rate everyone or just those that you think are good? It seems like most people just get their 50 votes in every month so I guess it's skewed anyway. I'd like to see Taric higher, for example, but I'm definitely biased.
1

SELORONIOS (117) | June 1, 2022 2:17am
I suppose you're meant to vote for everyone but the tier list is surely not accurate at all. Many people vote randomly and never update them after the changes so it's pretty much unreliable. And even if they did so, the general voting would still be inaccurate considering that people would vote based on their ranked lost matchups.
6

Silverman43 (72) | December 9, 2021 3:05am
The community tier list is just a bit of a mess right now because of how it works. People don't keep their ratings updated, so the tier list ends up being far from reality. (And there used to be champions in the last 2 categories before.)
The community tier list's functionality will most likely get changed in the future to improve its quality.
1

KafueLechwe (1) | November 19, 2021 7:58am
For a community tier list this isn't that bad. There are a decent amount of champions that definitely aren't the best picks (like Pyke or Kai'sa) and some that are definitely not average (like Amummu or Teemo). But I fall in the category that most champions are Tier 2 and a solid number of Tier 3s. Will definitely change my votes every time the meta shifts or I'm procrastinating more than usual :)
1

We will be changing this tier list in the future to hopefully gain more attention from members, making it more reliable since more votes means more reliability.
1

msvgn | June 1, 2021 9:43am
Aatrox, Mordekaiser and Volibear seemed pretty underrated to me. They are like, at least Tier-2 champions imo.
1

A lot of people vote for something and then never change it again, resulting in a generally outdated and quite less potent results. This gets even worse when you add the ever-changing meta into the math. Certain champion can be broken during the start of season 9 which results in people spamming that champion into S tier but then suck ever after. That champion will still be very high on the tierlist because of hundreds of players already gave them an S mark and never changed that opinion, even though that doesn't indicate that champions power level at all.

Udyr here. That champion pretty much sucked for many years and collected uncountable amount of negative votes. Now he is meta for no longer then a month and so it makes sense that he will remain very down in a tier list.

On top of that, since this tierlist is ruled by ordinary people, completely subjectively. It is hard to expect objective and 100% approved opinion like you would from some high level challenger analysts. Many of us, insolent peasants, would perhaps just dump

Yuumi into the S tier because...

"cat goes brrr, heals everything and is just broken pls nerf, untargettable cat sitting on a *****

...A high tier pro analysts would carefully compare her winrates and evaluate that this kitty is pretty much C tier at best.

So TL;DR: Sadly even though

Udyr might be stronk and might deserve an S tier, it probably won't happen on this tierlist due to the way things work around here.

Have a nice day, I hope I answered your question <3
1

Tolis slayer (15) | February 10, 2021 10:21am
Pesonally i think that this tier list is pretty good the only one im not sure in top tier is sett just cause pesonally i dunno how good sett is this season but everything else is really good also in my opinion pantheon can be moved up a bit cause he can be really broken
Loading Comments...
Load More Comments