Views: 2070 To them Bronze players

+Rep | Report
lady gragas
Yes you should be there. I have played a total of 10 games in bronze and lost 0. Got bored since it's repeatedly like playing against bots. No offense, but that is how it feels.

I've hit my amount of walls as I climbed elos: Silver 1, Gold 5-3, Plat 5, and getting better took me out. However, I felt the frustration of being stuck somewhere and thought to myself that maybe MAYBE Bronze is indeed this cesspool of leavers, intentional feeders blah blah blah.

Bronze, my dear stuck mates, is the place where people don't know how to play. Plain and simple. You may know what's FotM, what's picked on LCS and stuff, but you don't know jack about the game. Runes, Summoners, Masteries, Skills, Skill Order, Tricks, Positioning, when you're about to die, what you should be focusing, who you should be focusing. Nothing. Heck, can you even

Flash through a wall.

If you want help, I can give some tutelage. But do not expect me to duoq or elo boost (lal ilegal anyway) because I am now sure that doing so will teach you nothing and you'll either get carried up or sink down.

Tryndamere starting with a 360 blade to jungle without any pots, leaving (my) blue spawned until minute 12,

Fizz starting mana crystal with one pot and tower diving at level 1,

Janna bot without any ADC on the team and neither carrying

Flash, I've suffered two semi afks who returned halfway when they saw someone was ultra fed, I've had a

Vayne) for a gank because I was fed,

Yasuo literally not casting a Wind Wall ever (I asked him and he said he doesn't use it so he doesn't level it until he has to)...

No. You stay there, learn to beat that ridiculousness and rejoice once you do. Because until then, you not only deserve that spot with the rest of them but you should also stop crying about it. No amount of fed opposition should stop you if you know what you're doing because they don't. 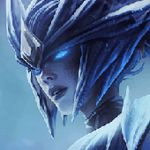 Been there done that. Like I said, if they are then they are, let ranking sort itself out. I blame all this mess on the shjtty part of bronze, who thinks that the game was made and revolved around their arse, therefore, entitle them too get whatever ranks they effing want.
1
[-]

Fat_fast: in all honesty I did the 10 game batch in a row. Was mostly disappointed by general attitude and tired (sleep-related). I wrote this a bit hot headed because I summed everything I saw and read with the complaints I've seen over and over around Moba or made by people on LoL (be it chats or not), hence the ******* approach. Was supposed to be tough love but I guess I came out too strong, 90% of the time I'm not a jerk by initiative.

So, all in all, the point was to rustle some Bronze jimmies and hopefully make them take one hard look at themselves if they really are the interested in climbing. I don't see the point of gloating that I beat Bronze players since that's pretty much what is expected of any plat player.
1
[-]

Fat_fast (11) | March 28, 2014 10:12pm
You made a good point, just that the way you presented it cause too much controversy. It's my firm believe that, in the long run, people will get what they deserve, be it bronze or diamond. I'm just not too sure what you write this for, want to gloat or want to help by pointing out their attitude is the biggest problem, perhaps a little bit of both?(IDK you so I can't really tell)

Murkhadh@ you shouldn't align defending bronze with defending yourself. There's no putting it gently, bronze earns it generalization. If you're not anything else material or just play casually, I don't see a bad side to you stuck there.
1
[-]

C4 Lasty (77) | March 28, 2014 5:27pm
I've seen Bronze players that know the correct information. If you're implying that I **** talk people just for being bronze you're wrong. When someone posts incorrect information I point out that they're wrong. Doesn't matter if they're bronze or diamond. I'm an equal opportunity *******.
1
[-]

PsiGuard (1482) | March 28, 2014 1:56pm
I think a better message than "you all belong in bronze" might be "if you play well, you will escape bronze" or something like that. The ranking system is about progression and achievement, not sorting people into where they "belong".
1
[-]

I can concede about the blog being harsh/boarderline arrogant. But it's hard to feel any sort of sympathy towards people drowned in a cesspool of defeatism, blame and a near blindness towards their surroundings and the amount of good information in the internet they can use to improve. I've had way too many Bronze players asking me for an easy way out (aka "play on my acc pls") instead of "teach me to be better".

So yes, I can apologize for the way I expressed myself, but not for my feelings about those who complain of being stuck in Bronze.
1
[-]

NateDog13 (28) | March 28, 2014 1:05pm
Here's what I've got to say about this blog wrapped up in one word: Toxic. You're message is quite clear, your delivery, unfortunately, is absolutely terrible. "No offense, but that is how it feels." The basis on which you derive your information is 10 games in bronze after having been a plat player, that alone doesn't allow you to completely connect with people who struggle there, and the fact you say they "don't know jack about the game." is astounding. They do know about the game, they do know how to play, but they don't know how to play it well enough to move up. The problems for bronze players are all over the place, for most people it is attitude, for others it is solely mechanics, some people don't have the time, and others simply only play just to play, the list goes on.

This blog is simply berating a collective majority of the league community for simply not being skilled enough to beat the "ridiculousness" that is bronze. And trying to determine just how large the gap of skill needs to be in order to carry these games seems to be indeterminable, simply because luck of the draw, in terms of teammates, does play a factor in it. Regardless, you need to recognize that there are people with the dubbed "Bronze Mentality" at every level of this game, having the mechanics doesn't mean you're a good player because I can damn well tell you that by Diamond you need to have a solid attitude to communicate if you want to get anywhere in a decent amount of time. There are way too many games I have lost and won because people have decided to be toxic, and in return their teammates fought back with afking, insulting, refusing to communicate, and doing anything that could be detrimental to their team.

Also, if you are referring to the breakdown of where players are at in terms of percentages (For the whole community) Plat isn't 3% its 6% bordering on 7%.
1
[-]

***** please. Of those ten games, 5 were duoQ with a Bronze mate complaining and saying "this is why I can't get out of Bronze". He has 4 mid mains and he can't play any of them, and mid is his best lane (and I've told him this and he's willing to improve).
If you truly don't deserve Bronze, you won't get Bronze or you'll be able to leave it. There will always - at least up to Plat IV where I currently sit - be feeders, afk'ers, trashtalkers, trolls, people first trying champions in your ranked games, so either you can rise above and climb or you sink.

But the thing that really affected my point of view is that this friend of mine really believes he's good with the stated champs - as probably do most Bronze players - when he clearly isn't. Which means it's up to him to improve his game and stop crying about his surroundings. Because you will always have to be better than the rest if you truly want to climb. And if you think you are better than the rest and you still can't climb, then you simply aren't above them and need to improve harder.

C4 Lasty wrote:
Acting as if Plat is an accomplishment....

1) Not the point;
2) I know that Plat isn't an accomplishment in Mobafire since Throatslasher announced his own achievement two or three years ago. From then on only Diamond is considered decent around here, so **** it that Plat players are supposed to be the top 3%. Also, I already know my opinion about LoL is **** if I ain't Diamond or Challenger, it's something that's been made clear ever since I became an active Mobafire member, so feel free to insult me in the future as well. Yes you got my permission, in case you wanna take a break from insulting some other Plat/Gold/Silver/Bronze player :)
1
[-]

If you lose just as much as you win or even less, then you aren't really better in the game than the other bronze players, therefore you deserve to be where you are. Falseogod is a platinum player, with that he has proven to be better in the game than the majority of league players. According to him, bronze games are like bot games to him. If that is the case, he should be able to carry 4v5 games. Considering the difference of skill level between platinum and bronze, I have no doubts about that.