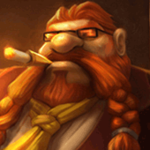 We recently returned from PAX Prime 13 where we had a really great time! My personal experience was somewhat erratic since that’s how I do events so I’ll do my best to review the highlights here for you.

We did so much at PAX that getting it all out in detail here would be really long and probably somewhat boring for everyone so I'll just touch on the main highlights for me and try to keep it short.

Ok where to start…

The expo was awesome as always. The game developers pull out all the stops for PAX and really show off their wares. New game highlights for me were:
Everquest Next: This game looks amazing! I haven’t played EQ since the first one but this definitely caught my attention.
Wildstar: One of the first booths I went to! Like so many gamers I am really excited about the potential of Wildstar.
Strife: This game is looking really polished and is produced by industry vets, S2 Games. They have brought some cool ideas to the MOBA genre and are really pushing accessibility. I’m very curious to see how Strife performs once its open to everyone.
The Elder Scrolls Online: another amazing looking MMO. Fans of MMOs have a lot of really exciting choices coming out soon.
Wolfenstien the New Order: still one of my favorite’s since it really did start it all (no it wasn’t Doom!!!!)

I’m not one for lineups so I missed the demo of the Oculus although I would very much like to try it. The lineup usually had a PAX enforcer at the end with a sign “The line ends here. No lining up beyond this point, check back in 15 minutes”. For a no-lineup guy, that was a no go but I did get a chance to chat a bit about it over the rope with a rep and it sounds amazing, yet still a while out for production models.

Speaking of lineups, day 1 I wanted to pick up some PAX gear from their booth. As I approached the end of an already dreadfully long line, I was told “This isn’t the lineup, the lineup to get into the lineup is over there” WHAT?? A lineup to get into a lineup, forget it! The next day thankfully there was only about 10 people total in the line when I checked. Phew, dodged that hell.

Riot’s Regionals were freaking off the charts! The room was constantly packed with massive crowds outside the door. Your best bet for viewing if you hate lineups was the big screen in the PAX queue room, however, I did manage to get backstage during the challenger series! Thanks to Anne, team manager of TBD I got to head backstage and check out what goes on behind the curtain. This was without doubt the highlight of the weekend for me with a nice little bonus on top. Nick Allen took time out of his incredibly busy schedule to seek me out and say hi when he heard I was backstage. He only had time for a quick hello but it was pretty cool he took the time to come find me just to shake my hand. :)

League cosplay was also amazing. The quality and quantity of LoL cosplayers really stole the [cosplay] show. There is great cosplay for all the games and some comics, but the LoL cosplayers are second to none. They represented League so well and with such enthusiasm it’s really something to see. Huge props to everyone who put months of effort into their costumes and put up with the thousands of gawkers and photographers hounding them for pictures. GGWP!

We got to see some of the pro teams signing autographs at their sponsor’s booths like Cloud 9 and Dignitas and then got the chance to sit down for breakfast with legendary team manager Jack from Cloud9! Jack’s a great guy and friend of mine who’s been a real supporter of MOBAFire for some time now and always has great advice so I talk his ear off any chance I get. He promised us a C9 T-shirt signed by the team for our PAX Prime giveaway, how cool is that!? Jack is a pillar in the League eSports community helping many teams, players and owners navigate the tricky waters of eSports.

I stopped by to catch some of the $20,000 SMITE North American Invitational Tournament and got a chance to chat with Todd Harris, the COO of Hi-Rez about the recent partnership with Tencent and the future of Smite. We can look forward to plenty of gods from asian lore in the future from this new partnership. He also gave us some conference skin codes we're currently giving away on SMITEFire!

For the table toppers, PAX is always a great time, there is so much to check out. I’m a browncoat so I was really hoping to get an early preview of Firefly the board game but it looks like I am just going to have to wait for release later this month. I am really looking forward to that one. Nonetheless I didn’t go home empty handed, I picked up more board games than I should have and even got a copy of Pathfinder signed by the producer Mike Selinker. If you are into RPG and card games you may want to check it out. I haven’t played it yet, but it looks pretty fun.

So as I hinted at above, we are going to have a PAX Prime giveaway with lots of cool stuff we got from everyone at PAX. It’s a long list including all the goodies in the swag bags. Keep your eyes open for that contest to go up pretty soon. We are still finalizing the details but hope to have something up for everyone shortly.

PAX is always a very memorable experience and if you can, I highly recommend attending. This year was over the top for me with the people I got to meet and see and the events we experienced (Did I mention Matt got to talk to Robert Khoo?! ya i'm jealous). I just don’t see how next year will be able to compete, but you can be sure I will be there to find out!

PS: Thankfully there was no Bob in my room
Comments (3)

The events here are horribly organized D: No AC and 3 hr lines

Loved reading about all the people you met :3
Loading Comments...
Load More Comments