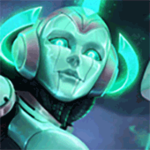 +Rep | Report
Kog'maw Rework, LOL, Patch 6.19
Hi Guys, This will be my first ever blog in MOBAfire and I want to discuss with you guys the new Patch that is coming which is 6.19. This patch has a lot of nerfs and some buffs so let's have a look at it, shall we?

This is a small nerf to her in my opinion. The damage that she does on this move is insane anyways when doing her combo so she will still be a good mid laner because of strong wave clear, burst damage, and scales well late-game.

Comet of Legend (E):
Escape Velocity removed. Now able to be cast any time out of combat. Goes on five second cooldown when taking champion/tower damage.
Can no longer click to cancel, only cancelled with E recast
Now casts immediately, even if outside the cast range
Starsurge (Q) cast during Comet of Legend will go in same direction if aimed slightly off center.

This is an interesting change to Sol, his stars have higher damage, and W base bonus damage nerfed. The mana cost increase will hurt his early game a bit because he needs mana to use most of his abilities. Later on, it isn't much of a problem. The E change is nice as I feel that it isn't as great but now casting Q with it is much better now. Overall, I still think he is a strong champion but will hurt him a bit early game.

What does this mean to her? The W range nerf isn't too bad considering she can stop anyone from engaging on her with dashes like Riven, Renekton, Irelia, Yasuo etc. The Twin fang healing is now per level which hurts her early-mid game a bit. Still a late game monster, but I think her win-rate will drop a bit.

Not much to say, pretty nice buff for him with more AD on his autos. Maybe people will start playing him again.

Not a bad buff on him, Increasing his damage overall and become an unkillable beast late game. Mundo might come back in the meta if Riot keeps buffing him.

A pretty good nerf bat to Kled. Ult range now has to be rank 3 to get the range from before. The passive change isn't too bad, but nice anyways. Overall, still OP late game but his ganks are much more harder to do early because of the shorter range.

Riot are reverting him back to more of the Old Kog'maw. The early game is better for him because of increased range and damage that shreds tanks. His Q is good as well. There are making him more of a Marksman that he is supposed to be. I can't say too much about this change because I am not a Kog'maw main.

Helps him kill enemies faster with the poison because of more ticks.

Literally got a nerf bat to her early game. Soraka is too broken and she is finally getting a nerf. W cooldown increase early means she can't heal as much in lane. Still strong later in the game though. When this patch comes out, I think people will max W most of the time now.

This dirty rat is going to get some nerfs to his Q Atk speed now. Might make him not finish some kills but he still wreak havoc late game.

Not a bad buff in my opinion. Udyr is a decent pick in the jungle. This will speed up the jungle clear and make people play Phoenix Udyr more instead of Tiger udyr. Again, sorry iif I am wrong about this as I'm not an Udyr main like Trick2G

This patch is not a bad patch and what do you guys think? I will make these if you like this kind of stuff. This is Jammy158 and see ya!
Comments (0)