+Rep | Report
league of legends, trolling, trolls
Alright, here's the deal. I was ridiculed today for dodging a normal. OH NO IT"S JUST A NORMAL LIGHTEN UP TERRA NO BIG DEAL.

People like to troll, it's fun, yeah I do it too, ever heard of support m>okai? yeah I did it ALL THE TIME in S2. But there are guidelines to trolling. OMG NO WAY! THERE ARE?

well not really. Trolling is trolling, you do it for fun or to piss people off. Now granted, it seems weird to think that troll picks are a bad thing. I don't actually think that, I think obviously bad picks that are never going to work in their roll, like AP draven, or ADC eve.

Now don't get me wrong, AD eve is a thing, but when you substitute having a long range ADC for Eve? yeah you've gone crazy.

Lets look at some things here.

AP tryndamere was just some pro messing around (to my knowledge). it turned out to work! now what did it do? THE SAME ****ING THING MELEE TRYNDAMERE DID. It just sacrificed kill potential for sustain in lane.

Now, they nerfed that sustain, to the point where AP tryndamere doesn't even function properly. Why are people still playing it? "because voyboy did it!"

Yeah but why did voyboy do it? answer me that? If you don't have an answer, don't play AP tryndamere.

If you don't understand why something works you won't make it work. So don't take the pro's initiative of experimentation as a call for other trollers to troll.

So next time you say "lets troll" do something at least semi viable like AP janna, or on hit teemo, or AP varus. Don't do this completely worthless "melee ADC nautilus, tank top tristana, AP draven" ****.

Yes it's normals, No we don't all think it's just to **** around. I get it, you want to try something out of the ordinary, try something that won't ruin my game.

Think about it guys, if you want to play something different, at least take a look at the scaling on the moves you'll be using and realize that they're either really good and might make something funny, or really bad and will piss people off (I'm looking at you AP nami).

2. Can you successfully use the strategy?

5. Are you going to piss off everyone (even your friends)

6. Could you get reported?


Look guys, obviously there's no REAL rules to trolling, if your goal is to piss people off and get banned, auto lock that draven AP every game and play it every game. Go ahead, I won't stop you, Riot might, I won't. But if your goal is to have fun and be inventive, take some time to look at how, what, and Why. Stuff like AD eve works on pubs and is fun, but don't do it as the teams ADC. AP varus is freaking awesome, but please at least TELL us that's your plan. And for the love of freaking god, If you're going to play something you think is stupid, try it in a custom or something first. Here's a hint, if you aren't legendary in a co-op vs AI by the end of it, you're either bad, or it's bad. Judge for yourself.
Comments (2) 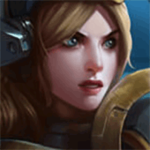