Boots builds into these items:

This is why most people stop at the second boot. EM3 is only 20 pts over EM2, which isn't worth it over 20 spell pen, attack speed, or whatever other stat you'd be giving up for it. EM5 is nice if you don't find yourself wanting to fork out for a Phantom Dancer or such but still want to get around faster. EM3(Swift boots) is pretty much worthless imo.
1

divic (13) | October 26, 2011 6:11am
Actually there is a lots of speed when compared to the price, certainly best item when compared to price. Upgrade to movement speed 2 doesn't affect much.
1 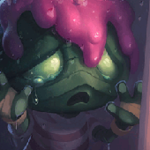