Good for climbing in most situations.

Not good for climbing.

Bard support... When he's on enemy team, he seems so annoying and tricky and when he's on our team I can't really handle his R. His R ruins my plans and usually hurts more than it helps... I think he's much harder than

Fiddlesticks to master because you might end up killing your teammates instead.
1
[-]

EgeLily | April 3, 2020 11:05am
Full AP Lux "Support" is near Pyke. Half-Support Lux is a lot better than Pyke. I think you overrate Lux Support though, she is not that good. Pyke's ultimate is insane and can easily carry teamfights, so he deserves that tier.
2
[-] 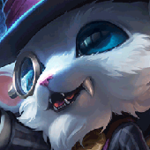 SpartanDumpster (2) | March 28, 2020 8:27pm
To answer what you had on Zilean, he can be pretty difficult, but a really valuable support. A lot of it is that you have to basically be clutch just to be good with Zilean. It's very easy to miss a second bomb to stun someone, and to mistime your ult too. Very often I use my ult on a teammate just for them to all of a sudden seem to take a lot less damage and they die right after my ult wears off, or my teammate loses a lot of health faster than I expected so I couldn't use it on them in time.
There's also the problem that Zilean doesn't heal like a lot of other supports do, and I find that that can make it difficult for a lot of people who play adc and don't have much experience with him, so they play as if he's a healer. Even though I've been listing off a lot of cons, I stand by that the pros far outweigh them. Being able to revive someone with upwards of 2000 HP with certain items is an amazing Ultimate! Storing XP to level up teammates is a great passive, it can put you and your adc ahead of your enemies in bot, along with help you keep up with everyone else who were in solo roles. An AoE stun can easily turn a team fight around if you use it right.

Time Warp can end up pretty much doubling a teammates MS, so having certain champs like Sett or Mordekaiser chasing you with boosted speed can be terrifying.
1
[-]

I really like your support tier list and I agree with most picks and tiers you've made. In my personal experience, I can say that0

Aqua Prison. :]
However, I think you should put

Soraka a bit higher up. She might not be S+ right now, but she's at least A tier, if not better. I managed to get a winrate of 60% on about 20-25ish games with her, even though I'm not exactly an expert on her. :) She also got buffed in the recent patch, so she's quite strong right now.
But anyway, great tier list!
1
[-]

Wicked Cherry (150) | March 27, 2020 11:10am
Sure no problem. Your solution works pretty well, too. :]
It's true that her win rate dropped due to her nerfs. Riot wanted to stop her being played top as funnel strategy. But after that her win rate sank quite a bit so they buffed her slightly again.
Anyway, you've got a decent tier list. So +1.
Loading Comments...
Load More Comments
Help Support Our Growing Community