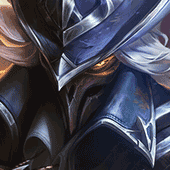 These OP champions are very powerful in current meta. They have received some buffs from previous patches. They are currently the best pick to climb then in Higher Elo due to their high potential for snowball and carry the games despite being good for Lof or High Elo. You should play with them until they get nerfed soon if Riot decides.

These champions are still very good in current meta to climb in High Elo. They can do really nice job in almost every game. Some of these champions have received some nerfs but they are not horrible at the moment. Overall, very solid pick but weaker than S Tier.

These champions are not bad but also not good either. Some champions has received some nerfs, others are pretty unpopular in Mid lane. They can still help you to climb in High Elo especially if you are considering to pick a champiuon as a counterpick so you can easily destroy them if you play well. Overall, not a very bad choice to play with them.

Dustyacer (4) | January 24, 2023 9:56pm
hmmmm, Imma have to disagree with mostly the lower tiers.
D tier: no way is zac d-tier, in fact id put him around a-tier. constantly 55%+ wr, strong setup, roam, 1v1 (just heals it back up), scaling, sustain and decent dmg. His passive is really strong early in skirmishes. Assassins can't kill him, control mages outscale but get jumped on ez with jungle, etc. He doesn't need to get a lead imo, his scaling is great. The only weakness is maybe his waveclear which is just ok, but he can just roam with a ****ty wave since he's a tank and does lots of cc in late game anyways.
Vi is b-c tier imo
sion simialr to zac, but probably a bit weaker maybe b-tier.
ornn similar to sion imo, at least c-tier. Decent sustain with shop, okay gank setup, good gank followup, good burst dmg. Good waveclear.
orianna probably lower in b tier, but next patch with the buff maybe a-tier
ekko imo is trash and in c-tier, barely wins any mus, and if he does its by doing tons of roams.
tryd imo is op and in s-tier as i for the life of me don't know what you can do vs tryd. He can roam, 1v1, sustain infinitely, scale well, invade enemy jngl at lvl 2+

Twitch on higher Tier for now. And please, only type in English, I don't speak other languages.
1

Yasuo. And I believe many players says any different type of words against

Alphaomegalogs (2) | January 26, 2023 6:40am
I know what you mean I just got a tad defensive because I enjoy playing Irelia. And worse than lux and Yas,teemo and yuumi XD.Irelia is broken but also a high skill champ, same with Yasuo. Teemo, lux, and yuumi are all super easy and still ultra annoying to play against.
Load more comments (1 more replies) →
1 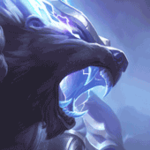 Zed should be OP tier. His kit is very hard to counter, and he has some of the best outplay potential in the game.
-

Sylas should be moved down one tier, he is not as oppressive anymore and his

First Strike can be poked out by ranged champs.
1

V1kt0r555 (1) | October 22, 2022 3:05pm
Hello! I have to think about these changes. I am still not 100% sure which champions should I place in each Tier. And also, I need to add notes to each champions which also gives me a lot of time to think about. It's kinda complicated a bit since some players has their opinions which one should go. I'm not sure if

Zed goes in OP Tier list but I will think about that. Also about

Sylas, he is still OP champion even after some his nerfs. And a lot of

Conqueror which is best Rune Keystone for him.

First Strike against any ranged champions. Overall, I will finish Mid Tier list by adding notes on each champion and I will swap some champion which Tier should go.
1

Nocturne to one of the lower tiers. He's been Off-Meta since the Nerfs on his Passive Healing and Magic Resistance, but I still pick it into any melee matchups like

Nocturne. If you have any other champions that I didn't add, please let me know! :)
1