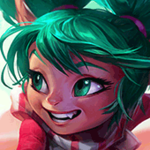 These champions can easily snowball games, have a lot of agency, and do not require complicated mechanics.

These champions are extremely powerful, but either require complicated mechanics or team support, or lack snowball capabilities.

These champions are strong, but don't quite have the carry potential of the above tiers for one reason or another.

These champions are just overall quite weak in low ELO.

These champions are nearly incapable of functioning correctly in low ELO, AND are weak overall.

Don't do this to yourself in low ELO. Your ADC does not know how to stay alive, making you a sack of free gold. This is literally a coin flip and will not help you actually win games. Just don't. 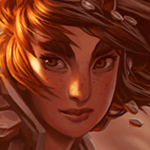 TheImmortalEye (15) | May 10, 2021 8:21am
doing a big cry for taliyah my old main XD, nice tier list are you on specific roles or champs in generell as i play neeko support in silver and shes quite good but ofc not as good as mid. just askin since only a few have the note there

zzepic (1) | May 11, 2021 7:38am
I was mostly referring to champions in their main roles, however some of them are quite popular in other roles so I felt they should be ranked in those other roles as well.

Neeko support I would probably rank alongside

Tangle-Barbs being able to root through a minion wave and her high base damage.

Taliyah can be quite stong in the jungle, but she is so reliant on an early snowball that for the average low ELO player she is just going to fall behind most of the time. It's the same reason

Lee Sin is so low even though he is very powerful right now, although I do have to update that as solo lane Lee probably belongs higher now.

The main problem I've seen with

Kayle is that so many games end at 15 in the current meta, and top is extremely influential in that due to being the '1v1 lane'. By playing a hard scaling champion you can fall way too far behind early and make the game look unwinnable to some players even though you're just trying to scale. It's possible with the buffs to

Thank you for taking a look!
1

TheImmortalEye (15) | May 11, 2021 10:08am
tbh honest even a fed taliyah isnt as much of a menace as a fiddle or a katarina would be her strenghts really lie in coordinated play like clash and pro play, and i played her alot, riot just doesnt know wad to do to her, i play her as offmeta adc and support where she acts like a ranged pantheon using high base dmg to dominate and end games fast or lose. thx for the reply i agree with ur ideas and list as a whole. Yuumi is possible as duo qeue but thats stretching thinks, as a support main i give her to my lv 7 jinx and her only, if its a soloqeue support i choose neeko or morgana as i cant rely on their help or engage XD
Loading Comments...
Load More Comments