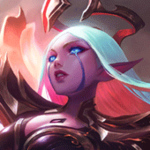 I was a guy who came into League of LEgends after getting hyped up on their Music Videos.
got so hyped up on Legends never die and started playing garen because of that one video.

so it seems like i'm cripplingly addicted to LoL, since my sleep times have become a consisten 4 am playing league. lockdowns and no classes/work does that to you apparently. don't play much ranked though, since ranked games , for some reason ,makes me feel like my IQ points drop by 20%.

was a hardcore fan of Tanki Online until the game gradually became worse ; update after update.

can handle all roles except midlane apparently, though idk why i volunteer to play jungle these days.

hate ranged toplaners, Teemo (if played toplane) and Neeko. they deserve to be perma-focused in teamfights. absolute cancer champs and will have absolutely no sympathies from me, even if the player plays in my team.

two skins in total, Ninja Rammus and Firefang warwick. can't buy when when RP=0. besides, wise enough not to invest money in games yet.