+Rep | Report
Elo Hell, mindset
So I've always been of the opinion that being in Elo hell is a mindset rather than an actual thing. Regardless of rating, when you are stuck and choose to blame allies instead of owning up to mistakes yourself, you are in Elo hell. I don't really consider myself to be in Elo hell, by that definition, as I definitely admit when I make mistakes (and, often, blame myself for things that aren't my fault) and attempt to remedy them rather than just pointing fingers.

Today (in a very long discussion on twitter), I was told I am an idiot for believing this. I was also informed that, instead, "Elo hell" is something I'm "stuck in" due to my dependency on others. Meaning if I was good enough to carry my team, I wouldn't be "there".

So I have a question for everyone. What do you think? Is being in Elo hell caused by a mindset that carries over into any rating/role/ect? Or is it actually caused by a dependency on others and can, therefore, be entirely prevented just by carrying?
Comments (19)

Gizladlo (5) | March 31, 2015 1:34pm
Elo Hell is the excuse a mind comes up with instead of dealing with the cognitive dissonance that comes from believing one is better than their average teammate, where they fail to take into account that not everyone is at their best in every game. To reiterate: some of your teammates are likely in a position they have little experience in, and harassing them with criticism that isn't constructive will hurt your chances of winning.

It exists only in the mind of those who desire its existence: ergo, it is, in fact, a mindset, passing off your responsibility to do your best every game, blaming your teammates for holding you down, and -- most importantly! -- neglecting to account for the greatest common factor in every game you play: you!

I can understand when someone gets upset because they're lost as to what they need to do to carry. That can happen to anyone, especially those new to climbing the ladder. Instead of focusing on how your teammates are ruining your game, though, you should focus on what tools Riot has given you to use so that you may win the game. Some of them are subtler than others, but they are there.
1

Jimmydoggga 2.0 (60) | October 19, 2014 4:16am
Elo hell is when you get stuck with a passive mindset.
If you don't win lane and go aggressive, and you dont have good engage/targeting then you get stuck because you're relying on other sources of damage.
So you just catch people out as fast as possible kiss much as possible wherever they are on the map.
1

utopus (313) | September 10, 2014 9:32am
Elo hell is a negative feedback chain. Thinking with an Elo hell mindset is inconducive to your improvement in league. It makes people blind to the fact that they themselves make mistakes too. Without awareness of their mistakes, they improve very slowly, and when a game goes unsuccessfully for them, the cycle repeats.

On a game by game basis, it may not look like it's possible to carry yourself out of ELO hell. You'll have games where you've got leavers, and ragers and feeders, and if you have a consistently positive mindset, then leavers will more frequently cause your opponents a loss, rather than you.

If you look at games in aggregate (something like 50+ games), then yes it is entirely possible to carry yourself out of ELO hell. Moon did it, GoodGuyGarry did it many times, and I'm sure there are many others that would share a similar story.

It is important to note though, that you can carry a game in any role. If you're playing

Jarvan IV (top) for instance, and you land a 4-5 man ulti, with followup from your team, you probably jsut single handedly won your team that fight.
1

The idea that you have to be able to carry four deadweights to climb is hardly indicative of a team game. That's solo play. Or were the quotation marks there to indicate sarcasm?
1

Shyvana main (not Thalia, there was another) had a pretty good signature explaining it.

The analogy is that the concept of 'Elo hell' is like

Equilibrium Strike. If you do not deserve to be at you Elo, you get stunned (and consequently killed), whilst if you actually do deserve to be higher, you will only be slowed during your climb.

I mean, we all get 'Elo Hell' type games, but I don't think I'd restrict it to any one tier/division except maybe somewhere in low bronze, but even then, that's a tier where you can 1 v 5 the enemy team and carry single handed, so no problem for a fair amount of us even if you do get an Elo hell team.

As for the guy saying it's a 'dependency', I'd probably say it's an incorrect understanding of what Elo hell is. Whether you like it or not, you are ALWAYS dependent on your team to a degree. A simple counter-example: your 4 teammates all get simultaneously drophacked and against 5 Gold/Silver players. I don't give a **** if you're challenger or the second coming of Faker, you are not winning that game. And if you encountered that every single game, I would be inclined to agree that you had some kind of Rlo Hell curse.

Now, you can actually point fingers and see where all the proper blame goes if you were to record a game and rewatch it. It's just never wise to do it in the game itself. I think the Elo Hell mentality exists in a very psychologically subjective way, where if you believe in it, it exists, because that's all you can see when you lose your games, or even when you win. As for the rest of those who don't, they're just people who admit that they're bad at the game or had an unlucky streak, went on tilt, etc. If you don't see that it exists, then for all intents and purposes, it doesn't.

In simple mechanical truth, all you've got are a bunch of stressed out people together in a stressful game and the rest are just maladaptive coping mechanisms from everyone. Of course, I'm generalising and freely admit this, but for the most of us, when we enter a ranked game, none of us are really ever truly relaxed.
1


reminded of this for some reason, don't ask me why
1 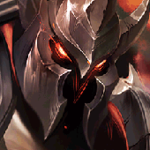 When you get allot of trollers or leavers, it is called 'bad luck'.

When you think your team suck balls, you aint good enough to carry them.
Its a 'teamgame' after all..

And then you always got the ppl who only look at the mistakes made by teammates instead of those made by themself. 'Not improving'

Yea, you can say you'r stuck but it aint got anything to do with elo.

Latest Legend (149) | August 30, 2014 5:50pm
Could you define what the term "Elo hell" means to you? Losing a lot of games? Not climbing/improving? Getting a lot of "trolls"? I think people are talking about different things at the moment.

EDIT: The interesting thing about supports is that people say they don't have any impact on the game yet the same people often blame supports for a lost game, suggesting they actually have such a big impact on the game that they can destroy it on their own.
1

I can see your point with the "Elo Hell mindset". I would agree that it is caused by a mindset. I have a friend in Silver who can't climb because "nothing is ever his fault" and even when I try to help him get better, he doesn't listen. That mindset stunts your growth as a player for sure.
1

I thought they were one and the same, and that, for Christmas, he just got fat from eating a lot and then got himself sponsored by Coca Cola to gain a bit of monnies to pay for more presents.
Loading Comments...
Load More Comments