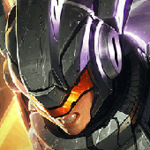 +Rep | Report
Hi people it's whybother34 aka that guy who mains leona but his braum guide has more view even when he has 2/5 of the points on braum he has on leona. Thank you guys for getting both of my guides to 500 views! It's a little insane. However since i'm studying for AP's now I'm not going to be able to update for the next week or so. This mid season has made sejuani a popular character again (much to the hatred of my friend who mains her) and with some new items braum and leona benefited a bunch so yay thanks riot. I'm thinking of making a sion support guide next what do you guys think?
Comments (0)