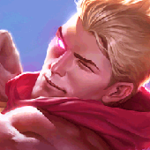 DingDongGaming (2) | August 23, 2020 4:56pm
Hi! Playing him as an ADC in this season is actually viable. The only difficult part of it is that his early levels (until lv 5-6) are a bit harsh by being squishy. it also feels a bit annoying to level a lot slower than being in a solo lane. This means that you are getting your

Requiem later, meaning that you could have helped your team in an earlier situation.

But on the other hand,

Nautilus) because that is his only shortcoming: stuns. When engaging the enemy ADC or support, it results almost every time in a (double) kill.

These are my experiences of having him played a few times as an ADC. I still favor him mid lane over bot lane, but it is alright. 😊
2
[-]

MeltDownTHANE | June 23, 2018 6:20am
I see that Karthus is just so good bec. of his entire kit, but I'm actually having problems playing him as support(which's the only role i play). So can you create a guide or just reply to this comment about your tips and tricks in playing him as a support? Can't really find a Karthus supp. guide.
(Only If you can)
1
[-]

DingDongGaming (2) | June 26, 2018 2:07am
It's too difficult for him to play as a support role pre lvl 6 since your so squishy vs ad's. This will give your opponent a greater chance to dominate you in-lane. So preferably play Karthus outside of the support role :P
1
[-] 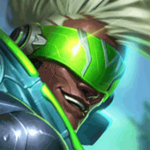 DimitrisKal | May 14, 2018 1:25pm
So which combination of pages you think is optimal for Karthus ?? My guess is one that gives him as much mobility as possible and makes him a threat late game cause he's weak af early. So i'd say Aery/Hat/Celerity/G-Storm & B-Delivery/Time Warp Tonic. What do you think ?? Am tempted to run Comet on him as it deals more damage but it can be avoided so Aery will do ah guess...
1
[-]

the combination of pages that I think are optimal are
Sorcery: Aery/Hat/Trans for sure/Scorch also for sure to extra punish enemies.
Precision: PoM & Last Stand. The combination of those two are real mad.

Picking Time warp & B-Delivery is rather too "safe" for me. I like to make gambles and that way I profit more. For me Karthus pretty much yells: " MAKE ME A GLASSCANON BABY. " :P
The combination of these two pages worked out so far and will keep on working out (for me) :P
2
[-]

DimitrisKal | June 4, 2018 10:11am
Well, after my latest Karthus game in which Pyke mid gave me first blood ^_^ & my team had crazy communication, i agree that L.S & PoM are fine. Not sure about Scorch as Karthus ain't an early game champion, thus G-Storm is better as long as i can stall against opponents that can one-shot me (a list that's long af). Doesn't work if my team feeds but at least it can work in the end ^_^ Now, Nimbus Cloak... Don't think it helps so M-Band is better ah guess. As for Aery, yeah it can't be dodged but still ah think Comet helps more.
2
[-] 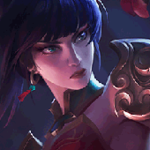 DingDongGaming (2) | April 30, 2018 6:57pm
That's a good question. Well in my opinion it's pretty much never worth to buy a ROA :D
I mean ok, ROA gives you more HP, Mana and Ability Power but that's a small sacrifice to make when you buy an Abyssal Mask instead. You will get 15% increased magic damage, +55 magic resist and 10%CDR instead! It makes you way stronger.
1
[-]

DingDongGaming (2) | May 1, 2018 6:40am
The way I play Karthus is pretty simple. You run into the enemy as an engager so your range between then is 100% less than 325. Bonus damage will be implied from Abyssal. If you get them in a narrow position e.g. baron pit/dragon pit, the behind the wall on red/blue team's blue buff the damage amplifier will still count. And as you know, dying on Karthus isn't such a big deal. You still have your passive to spent the whole 7 seconds to deal bonus damage because of Last Stand and if the enemy doesn't run out away from you, you still have that 15% increased magic damage.
-3
[-]

DingDongGaming (2) | May 1, 2018 7:51am
You simply don't understand me. If you give them no other choice to stay in your death form, you will be a bigger threat.
Let me put it simply: you die. You're in Death Defied. Enemies are still in a range < 325. Your team CC's them. That means that the enemy can't move because CC = crowd control. You deal more damage.

A lot of people don't even understand that a death Karthus can still hurt them a lot.
1
[-] 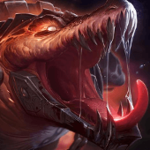 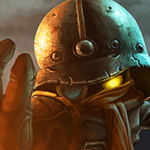 DingDongGaming (2) | April 21, 2018 11:51am
Heads down Phantom Karthus. Grim Reaper Karthus is also nice because it has that WoW kind of vibe :P

(Meanwhile using Fnatic Karthus since that's my only skin hehe)
1
[-] 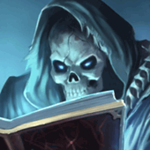 The PaIe King (1) | April 4, 2018 9:38pm
Always nice looking at the long standing Karthus guides. Very happy to see someone that can speak for the smaller portion of the community in the higher elos. You keep it sweet simple and to the point for the competitive souls. My guide is more pushed towards newer players and as a foot note on moba for the Karthus Reddit/Discord community. Lots of respect! I actually remember reading your guide when I was just getting serious about Karth.

DingDongGaming (2) | April 5, 2018 1:11am
I'm glad to hear this and thank you very much ^^. To be honest, playing Karthus in a higher elo isn't more difficult than in lower elo's. People in higher elo's tend to play more agressive rather than defensively. This way you have to play more defensively and fall out quickly.
3
[-]

The PaIe King (1) | April 5, 2018 1:44pm
Well its just the matter of having a proper spokesman for the higher elo's. High elo makes up such a small portion of the community (https://www.leagueofgraphs.com/rankings/rank-distribution) and usually those players want something brief and to the point. Your guide accomplishes this. My guide just serves a different purpose, its more of a compendium about all things Karthus. I can appeal to Gold and below but I can't really appeal to high elo players like you can. You cover what I cannot. Lotsa respect mister! :)

Also what are your experiences with Abyssal Mask? I haven't experimented with that item as much as i should.I've been busy learning Karth jungle and trying to update that portion of my guide (its a nightmare). I know its used to out sustain your enemy and more or less force less interaction in lane. I know its solid on champs like Ryze and Swain and its so hard to do anything, especially once they get ahead. What situations do you build Mask? I know that Karthus can just tank and still deal absurd amounts of damage.
Load more comments (2 more replies) →
1
[-]

DingDongGaming (2) | April 5, 2018 3:03pm
My experiences with Abyssal? Well to start things of I literally try to rush it over Archangel's Staff when I'm laning vs a heavy AP enemy midlaner just like Katarina or Azir. Getting the sustainging parts of the item makes you kinda weaker vs the enemy but as soon as you get the full item. Then you're a monster basically. Every 1 on 1 is pretty much a win.
1
[-]

Spaceman71 | April 4, 2018 6:04pm
Hi, so, what would you think of running some strange Karthus build with Electrocute, aiming for a stronger early game while still maintaining power into the mid and late game? Love your guide BTW, helped me learn and now I'm pretty much a karthus main.
1
[-]

I'm happy to hear that I made a player main Karthus ^^. The only reason I pick the Sorcery pathing is to get The Ultimate Hat and Transcendence. This way you can easily get 40% CDR & the extra 15% CDR on your ult which makes it come up every 70-80s? That way the enemy can't team use their Zhonya"s which has a cooldown of 120s. Running Electrocute Karthus isn't a bad thing and can be strong but don't forget that you will be missing out on a lof of free CDR :P
2
[-] 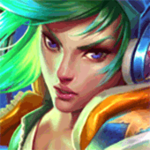 DrowningMurloc | April 4, 2018 11:15am
Hi, the new patch was just released and i was wondering whether to trade either The ultimate hat for manaflow band or triumph for prescence of mind, as they both seem quite good on karthus (i would assume you change triumph but not the ultimate hat)

I would still run The Ultimate Hat and run Presence of Mind over Triumph :) . I pretty much do everything to lower the CD on my ult ^^. The more you can spam your ult, the more pressure you have in-game ^^
2
[-]

And sure thing it is insane on Karthus! Having your ult on a 89sec CD? This way the enemy can't use their Zhonya's in-time if you calculate the teamfight right :P
Loading Comments...
Load More Comments