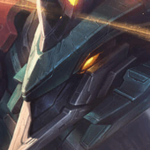 Loggit (1) | September 29, 2019 9:39pm
So, the comination of your statement of being Iron, and a dislike of the burst-mage design makes me think that you created this build out of a lack of understanding of the mechanics of Aurelion Sol, or just in general. If this is the case, I would suggest playing a more meta pick, such as Twitch, or a mechanically-simple champion like Jax or Yi. I disagree with Press the Attack as well, just build-wise. The item set that you have set across actually have very little on-hit and attack speed. To rework this build, I would suggest rushing Bloodrazor into Berserker's Greaves, Guinsoo's Rageblade, Rapidfire Canon, Statikk Shiv, and a Phantom Dancer. This build will give you 75% crit which is all the crit you need to be functional with a full crit build. I would also suggest taking Conqueror or Fleet Footwork. Conqueror would give you some ability scaling as well, which will allow you to properly duel, particularly against "standard" junglers such as Jax, who get some natural tank or sustain. Fleet Footwork would give you some extra sustain for the early game, which you would direly require. This is due to the fact that A Sol has no natural sustain, is ranged, and his cc wouldn't really be very effective in the jungle. Crit A Sol would be more viable in bottom or mid. Being low-elo myself, I am not very knowledgable of this or A Sol, which is why I was looking at his guides, but seeing AD A Sol is giving me a lot of questions. If you have a legitamate reason as to why this build is viable, please tell me. In higher elo, the off-meta pick and build would be capitalized on, and you would not be able to have a succesfull early game, ruining your late game. And from what little A Sol I have played, I would have to say that the AD build is not viable in the first place because of his auto attacks. They have a lengthy animation, and travel slowly. If you still want an off-meta pick for this, Orianna is my suggestion. I have gained mild success with an AD Orianna build, and it actually does make sense. Orianna's passive is an auto attack empower, giving her some easier wave clear, and when combined with a Guinsoo's Rageblade, she gets extra on-hit damage every 3 attacks and has a large amount of attack speed, some scaling, and resistant penetration. If you want to try that out, my name is Loggit, and I am in the NA server. Send me a freind request and I will give you the AD Orianna build.
1
[-]

Center of the Universe's speed based on attack speed, with this build he would become a chopper! I like the way you made the sections, even with minimal BBCode it looks really clean and organized, when I get to play as 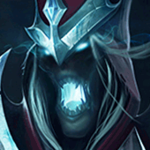 [10.1]NEW AurelionSolGuide: LET'S CONVERT THEM INTO STARDUST
By DuckMan18