A General Guide to Jungling 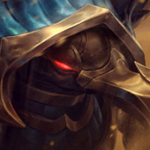 A General Guide to Jungling

By takeothebeast
Introduction
This is going to be a guide on the very basics of jungling, mostly for people who are coming into the role and want a brief overview of how the role is meant to be played.

I'm not going to tell you how to farm or how to gank as there are already many resources out there on these. This is just going to be an outline of what you should be doing.
In General

In general here are the things you want to do in every stage of the game. The next chapter will go into a bit more detail but if you just want the tldr, read this.

This is the point in the game where junglers are strongest. And because of this, you want to be pressuring the map in one way or another. This can mean ganking, invading, taking objectives, or by just simply farming and existing.

At this point junglers should be focusing on taking objectives for the team. Dragons, towers, rift heralds, and barons. Side note, continue to farm properly or else you'll be 2 levels behind.

At the late game, the most important thing to do is just be a champion. At this point the junglers only unique task is securing elder and baron, but you should just focus on playing the video game with your team to try and close out the game.

Don't forget about farming, you could go 3/0/0 and if the enemy jungler is farming properly and you're not, you'd still be behind in levels.

Be efficient with your time, time spent sitting in a bush doing nothing is time spent going behind.

Abuse lanes without flash, communicate with your team and ask if their lane has flash or not. This will make your life easier
In less General

Here I'm going to go in slightly more detail on the general section.

If I gave you three champions, Rek'sai, Olaf, and Shaco, and tell you they're doing ganking, invading, and farming respectively. Who do you think is exerting pressure on the map?
The answer is all of them.
Rek'sai is giving out the most pressure by directly helping lanes and herself get ahead.
Olaf is giving out more indirect pressure by getting the enemy jungler behind so he can't help his team as much.
And Shaco is giving out pressure by just existing, the fact that Shaco exists in this game means that he can gank almost any lane making the enemy laners feel more inclined to play safe.
The thing you have to worry about is what type of pressure you should be giving depending on circumstance.

This is where the role loses a bit of steam but is still important. In order to get objectives easier, you should try and get priority near where the objective is.
You wanna get dragon? Then get bot ahead so that when it spawns the enemy botlane will have to deal with yours. Thought keep in mind that even if your lane is ahead if they're getting pushed in, the enemy botlane can still get to dragon faster than your botlane.
Just play smart and coordinate with your team if possible

Honestly, there's not much here. Just play the video game well and close out the game, try not to lose barons and elders and you'll be fine
In Conclusion

Some of you might be thinking. This is all really obvious, and that's the point. I've seen way too many junglers not do these very simple things and it's kind of sad.