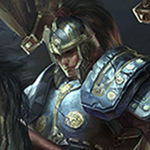 Kayleology. Of course it's only interesting when you've finished it for level 6+ when the fire waves come into the equation, after all who wants to build for levels 1 to 6. But +1 for the effort.
On-hit items like rageblade or Wit's end are outdated though, there really is no synergy anymore.

On paper her AD build deals significantly more damage, but in practice, because of the items available to you, the difference in her AoE and single-target damage is so minimal that I would seriously recommend choosing a build situationally, and based on your playstyle. I'll go into more depth on that in the guide in the future.

You make a good point about

Vladimir. That being said, if you can convince someone else on your team to build

Mortal Reminder, that would be ideal.

Guinsoo's Rageblade, as a 6th item on the AD build it makes for her highest single-target DPS out of all the builds I've tested, but it's only useful as the last item. In the practice tool I was able to knock almost a whole second off of time it takes to solo kill Elder Dragon by building the rageblade last. That being said, that's just in practice, and in game it might be different. Also, I have completely neglected to test

Phantom Dancer as a last item, because I keep forgetting, and I have a suspicion that the 100% crit chance that would provide might make the single-target DPS higher. I actually don't really recommend rageblade last though because then your build will have 0 sustain. I've found myself going for BoRK, Gunblade, or Guardian Angel a lot. Gunblade offers so much sustain if you are in teamfights that are very kite-y and poke-y.
Loading Comments...
Load More Comments