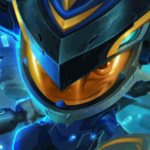 LightningGod | August 28, 2019 9:29am
I play Olaf pretty aggressively. It works most of the time when going against melee champions, but most ranged champions play more passively and taking them out would become a lot harder. Should I play more passively then aggressive when the chance comes? Or is there any other tips?
1
[-] 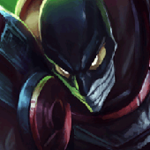 AP WormMaW Mid (14) | June 22, 2019 10:41pm
That's not really true. Even though Ravenous Hydra can prove itself useful in certain scenarios - since Olaf already has lifesteal in his W, it would lead into him getting a lot of lifesteal. For that reason, quite common reaction would be to get healing reduction, totally crippling reason for that item. + This guide is more made for tank olaf rather than AD olaf, which I believe is not that good. And if you want AD items, you should aim for some items, that partially gives you some defensive stats like HP.
1
[-]

0mega best (1) | June 23, 2019 4:49am
I tried tank Olaf, but he has absuletly no damage. Using Ravenous Hydra makes you almost invincible and really helps with damage also combo'd with Black Cleaver is usually better, while tank Olaf is almost invincible but he just can't do enough damage in my opinion. Personally, try it out and let me know how it went.
Load more comments (1 more replies) →
1
[-]

AP WormMaW Mid (14) | June 23, 2019 8:02am
I have tried both of those options and I understand that it's more satisfying to play AD Olaf. Problem is that he gets melted way too fast and people can just abuse him on higher elo, because you die before you even reach your target. And even full tank Olaf is far from invincible - he is just a food for carries, but thing is that you usually don't want to extend game way too long while playing him. If you enjoy playing AD Olaf, then go ahead - do whatever you enjoy, but generally I am sure that this build is way more efficient in terms of usability.
1
[-] 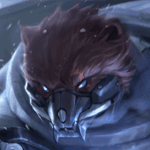 The late game damage seems hard. thats a bit less then 400damage pr/s. But my healing calculations does not take conqueror healing into the mix... 8% damage as true damage heal for that, with the 150%healing thats another 4%, so 11%becomes about 15%. and 2273 becomes about 1670damage in 6s or now less then 300damage pr/s. With high attackspeed and conqueror running, that should be possible. But it requires conqueror to be running all the time while w is active.
But the added benefit is we stay alive longer at low hp, dishing out more damage pr. second.

I gave you some numbers, have you tried it? your thoughts?
my hope is you get even stronger early and don't fall of to hard late.
I would defenetly NOT do this vs something like and urgot, since he will just execute you when low hp, and more hp is better. but if you are not against and execute and have other heals or shields on your team. especilly if they also have revitalize, this becomes even stronger.
1
[-]

AP WormMaW Mid (14) | May 31, 2019 10:41pm
Hello, it might be viable. The problem is, that it gets kinda crippled against healing reduction. In addition during lategame you are usually food for carries anyways. I would stick to overgrowth, but I wouldn't say, that there is any kind of big difference anyways.
1
[-] 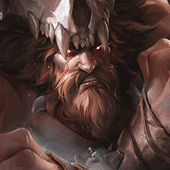 SwizzleSam (2) | February 7, 2019 8:51pm
I've followed your guides for a while now, and you are my go-to guide for learning any new champ. This guide is one of my favorites because of how you lay out the situations for which Olaf thrives in and lay down a comprehensive structure on how to play the champ. I'm always in support of any guide you release, and this guide will definitely make me a Diamond Olaf.
1
[-]

Especially appreciate the clear advices on various playstyles as well as the in-game resume.

Also well done grabbing the honorable mention of the S8 contest, most deserved +1 :)
1
[-] 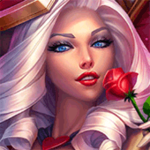 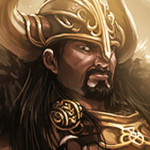 Twitch
[S10] WormMaW's guide for Olaf!
Introduction
Tank vs AD vs Lifesteal Olaf
Pros / Cons
When should I proceed with this pick?
Runes
Prefered items
Spell-maxing priority
Playstyle
Is this the end?
Other guides
Additional questions? Wish to support me further?
Help Support Our Growing Community