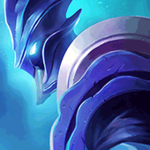 Sorry for grammar, that is taking last last priority because my english is not the best and for now its enough that you understand it :)
1 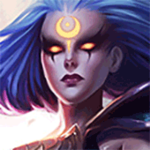 Athislay | September 9, 2017 1:57am
Don't tell people how to build him! He's enough annoying as he is! Just kidding :D Hate to play against him though.
I was kind of confused when I saw 'Exhaust' or 'Cleanse' picking on him because you don't see it often in the division I play but it actually makes sense.
Builds are pretty reasonable too and in that matter nothing is really changing no matter what division you're in.
Anyway, good job mate!
1 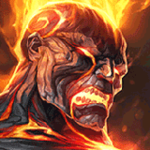 Potato Power (4) | September 8, 2017 1:34pm
Im sorry its still in a mess, but thank you :)
There is some text what doesent match up with other text in a diferent guide part, and there are still some mistakes because I just threw bunch of info on this guide yesterday, I had to make it all in notepad and when ready paste it here.
2 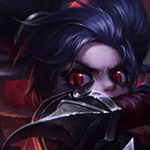 So if you have a good item what is good in damage instead of tha item I will gladly try it out :)
2

Btw I know souolstealer is not the best item, but it helps me ALOT to controll myself and to care if I die... but hey its cheap for the AP you get at full stacks
2

Potato Power (4) | August 17, 2017 8:43am
Well thank you :)
I defenently need to improve the "Dodging skillshots" but Im still not diamond so Im not alowed to write the "Diamond dodging mechanics" (how it will come in a mounth maximum "wink wink")

And I got 2 big updates pending still, but Im not in the best state to type it right now.
Ofc how you see Im not a artist so I dont have all the flashy guides like other people :D
2

becakun (16) | August 12, 2017 2:36pm
Well, when I'm updating my guide I always think about that (if some things might be random and obvious) but then I think that its those details that distinguish a good guide from a VERY good guide. In-depth guides are always better and stuff that is obvious to you might not be obvious to a level 10 ;), so I always add the little details.
In terms of content I think your guide is pretty good overall, maybe you could explain your rune choices or masteries choices and recommend second options for people who have different playstyles :)
Good luck!
Load more comments (1 more replies) →
2

Potato Power (4) | August 12, 2017 4:52pm
I plan to explane why I do masteries/runes and item buys more in detail, and early game/mid game/late game too.
But I dont think people like too mutch text (atleast me), so I dont want to post too mutch obvius stuff, and xerath is not for bronce aniways (silver dont preffer too mutch either) because of the style people play there.
2 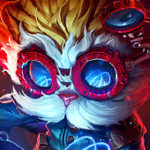 - First of all, the BBcoding and the lack of it. Or well lack. could be a little more so it reads easier. 1 tip I can give as well is to check your spelling and grammar since the guide contains a lot of flaws when it comes to it.
- Second thing: I personally like to pick up 'W' at level 1 since it is a lot easier to land skillshot. And as

Xerath you dont really want to push up your lane too much.
- Even though the flaws: Nice section about the dodging, but maybe it is a good idea to make some footage about it so people can have a clearer view about what you're talking about.

Tl;DR: fix the flaws in the build and it will be a nice one.
1

Potato Power (4) | May 8, 2017 5:48am
- How do you mean missing BBcoding?
- for me W is harder to hit, and pushing lane the first 3levels is not bad because early gank mid is so rare that i never encountered one
- Im bad at explaning it but the bronce - gold "dodge tips" can be used for a free win because everione dodges stupidly basic

and a good idea to put pictures, i would love to make a giff for every dodge type but i need to post on youtube first .. il see what i can do

I will try to fix my grammar thx :) i konow its bad but I did not know its THAT bad :D
Loading Comments...
Load More Comments