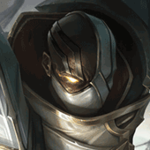 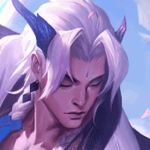 NumberOneYoneWorld | August 2, 2021 7:58pm
Hi, I really like the new guide you made. On behalf of Jow, I am reaching out to ask if you are available or looking for contracts for a professional worlds team as a captain or coach? I know you may still be busy with the prestige climbing but if you ever want to consider joining the pro scene again please send me a message. -Choppa
2

boumehed | July 31, 2021 11:45am
hi, nice guide for yummi but why i never seen someone makes a guide for her with flash cause this summuners in bot side means double kill if adc die she cant escape while with flash she can flash too and dont give a free kill bonus to the enemy side, does it work to go flash ignite or flash exaust instead of exaust ignite or not?.
2

SupportTooEz (1) | August 2, 2021 6:44pm
The reason people don't take flash on yuumi is because flash is primarily a positional defensive spell. Ideally on yuumi, you will never need it late game except when your team lost a team fight and your entire team died. Even early game it isn't that good because of the existence of your e, exhaust, and heal. Your e and exhaust speed up your movement speed which can help you escape, and your exhaust will make it harder for the enemy to catch you. Flash is only really considered an option in iron or bronze when your adc is constantly overextended or doesn't know how to play with a yuumi, but you are giving up so much just for a slightly better early game. Exhaust however is better for every part of the game because the slow and damage reduction can save your carries' life in a team fight, but your flash would be useless until after a team fight. In conclusion, while flash is a bit viable in the early game, it is next to useless in the late game, but exhaust gives you a bit of agency to save your carry, catch out opponents, and can still save you early game.
Loading Comments...
Load More Comments