League of Legends (LoL) Question: Any tips for Rengar jungle?

moon827 (14) | October 24, 2017 9:46am
This could go for any champ you want to learn/ cant get the hang of, go into practice tool, and spend a good amount of time learning them into their counterpicks, if they are available as bots. 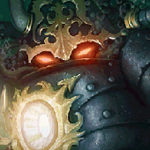 TheGomeztroika | October 20, 2017 7:47am
I'm lvl 7 with Rengar and Plat 5. I recommend u some cdr in runes and thunderlord's in masteries with 12/18/0. If u are new at him just be patient in early game and farm up till 6 unless u see yourself strong for counterjungling (recommended with these day's tank jungle meta) or if a lane is pushed either into your side or enemies side (ganking from lane). Ganking mid is hard in early since you don't have enaugh burst dmg, but if the enemy is near the bush or you can get CC from your midlaner u can try. You should rush warrior with either of the 3 smites, deppending on the enemies. Then go for duskblade and ghostblade. Once you have warrior + duskblade u now have enaugh dmg to burst weak enemies. Remember bushes are your friends and play around them. In teamfight wait will your team starts fighting and tunnel for the enemy carry, then get out and get in when they stop focusing you. I highly recommend mobility boots to make pressure in enemy jungle and lanes. Is a good idea to ward enemy jungler's camps so you can know where he is and trap him alone or with your team. In late game if enemy carry is alone in a lane onesht him and use that advantage. After the 3 items I said and boots GA is a good idea or also some deffensive items.
0

TheGomeztroika | October 30, 2017 1:11am
Is pretty simple and usefull in almost all junglers: red smite for duels, blue smite for burst or chasing (also to secure kills with smite ;)) and green one to help your team warding enemy jungle.
0 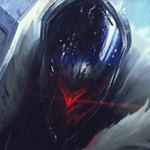 Redslimeking (2) | October 20, 2017 8:14am
Thanks! I used to take thunder lords, but I switched to storm raiders so that it would be easier to secure kills with the extra movement speed. I also go warrior enchant and duskblade no matter what. I usually take red smite, but i'm not sure what smite to use in different match ups though.
0

Last Whisper are your go-to items against tanks.

Skirmisher's Sabre is a good idea as well. You should build

Mortal Reminder if you want any chance of beating

Warwick as a lot of his dueling power comes from his healing.

Rengar isn't particularly great at solo-killing tanks, so make sure you prioritize targets that you have more threat on if you can. If you can kill the bigger threats first, you can focus down the tanks with the help of your teammates.
0

If you go to the rengar mains subreddit, there are a bunch of streamers listed on the sidebar. You could watch one of those to get a sense for the mechanics.
0

orrvaa (41) | October 18, 2017 10:33am
The answer should depends on the thing that make you struggle. You can't kill them?/ They counter jungle you?, They do more pressure and ganks more? Give more direction so we can help you more :D
0

For build, the problem with WW, and lee sin as i see is probably because on their lifesteal. You can try buy the bramble vest (but don't upgrade it to thormail as you buy it until you will get full build), this item will lower their Life steal pretty much.

In addition you can buy some defensive items that will help you last the fight until you will get your abilities again, such as Black cleaver, Titanic hydra, death's dance, and Maw of Malmortius.

For Rammus case you can do the above but in addition try to see when he use his W (when he have a shield sphere), don't attack him while it active because you will take much more damage.

Because Rengar in general is an assassin i recommend to try avoid fight solo against tankier champions and instead try to use your stealth to take out the back line and they exit the fight until you will have your team and gain your abilities again, your job is to fight the damage dealer and execute them so the fight will be 5v4 or even better.
0

Redslimeking (2) | October 18, 2017 11:48am
Basically I can't kill them, with Warwick I try to build domnics on top of duskblade and skirmishers sabre (warrior enchant) if he's really tanky, but it just doesn't work for some reason. Lee sin just bursts me and even if he has a low hp pool and I jump on him from a bush, get full ferocity stacks, and use empowered Q on him, he still doesn't die even if I have warrior enchant and he has no armour items. Rammus just taunts me when I try to gank so I can't run and then his teammates follow up and kill me plus he has thormail.
Loading Comments...
Load More Comments