BIG DADDY WILL (16) | August 21, 2019 9:00am
Jinx does has clear weaknesses and isn't a priority nerf. However, for a champion that should be weak early game, her snowball potency is high with her passive to clean up fights.

Here's a graph to demonstrate this (check win rate vs. game length):

Although Jinx is designed to be weak early game, she spikes in win rate through 0-15 min and generally performs well <25 min below platinum. Why is this? I think this is because Jinx can spiral out of control through a fiesta invade, a party bottom lane, or just a 2v2. Jinx's passive is too explosive.

In diamond and above, this is noticeably different; Jinx still performs well early game, but her win-rate spikes during the mid game. I think this can be explained as high ranked players can avoid feeding takedowns and properly shut her down. Thus she more often spikes as she's designed to; during the mid game.

In my opinion, Riot should redesign her passive to be weak during the early game and scale to keep her as the ticking time bomb mid/late game hyper-carry she currently is.
3

PsiGuard (1495) | August 21, 2019 6:07pm
I feel like she's more designed to be weak from behind rather than weak early. However, I agree with your conclusion that a slower ramping passive would help. She snowballs pretty hard from early leads.
2 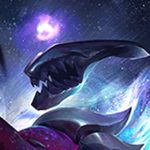 NG Nocturnal | August 23, 2019 9:44am
Jinx is a hard lategame carry champion. She doesnt really need a nerf as she can be shut down so easily early on but once she gets ahead she can snowball really well.
Loading Comments...
Load More Comments