Summon Aery is a keystone rune most suitable for heal/shield supports but can be played on some lane bullies as well to maximize your poke.

Arcane Comet is very similar to

Summon Aery BUT it has longer cooldown, can not be proced on heal/shielding, has a cast time and can not be activated by auto attacks but deals more damage. And for those reasons it is usually picked on mage artillery champions or champions that are able to constanly haras the opponent with spells like

Electrocute is good for champions that are able to land a quick series of spells in a shaort time. Usually played on assassins like

LeBlanc, because those guys want to quickly destroy their opponents with quick flurry of spells.

Dark Harvest is very similar to

Final Spark). If you are asking as a

Zoe player that wants to know what rune should he/she use, well then I recommend you

Zoe's kit and as I said scales well into later stages of the game. At the moment no other keystone rune is really viable on her. Hope I helped have a good day <3
1
[-] 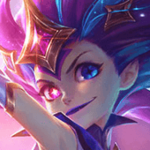 Arcane Comet works only when dealing damage with an ability, after a delay time it doing AOE damage in the place the enemy champion was. Use more when your champion can stun or slow the enemy.
2)

Summon Aery can be trigger with Basic attacks, abilities, item effects, and summoner spells. against enemies it does damage, when heal, shield, and buffing an ally it gives a shield to an ally. Used more on champions that can't stun or slow the enemies, or on champions that have shields/heal/buff (mostly supports).

Electrocute get stack when use Basic attacks, abilities, item effects and summoner spells on the enemy and apply damage only at 3 stacks. deals more damage then the other runes, and have low cooldown (but hard to proc). Usually used by assassins.
4)

Domination works only on champion under 50% hp,scale with stacks over the game have high cooldown but it resets if you get a takedown. Used by assassins and junglers.

You can get more information on LOL wiki.
1
[-]