Akali has no utility whatsoever apart from the slow/vision from

Twilight Shroud, which is rarely used that way because it's a precious tool for escaping/diverting attentions/engaging. She is also a single target assassin and is overall harder to peel because she can have up to 3 dashes. The best counterplay are items that give vision of her inside her shroud, because she pops easily and this also helps preventing her from escaping, while most other assassins (Zed shadows, Fizz Q/E, Talon R) have reliable methods of getting out.

Diana has utility in the form of

Moonfall, meaning that sometimes you won't even need to hit Q but rather just dash on a champion out of position, press E and get a free engage for your team to follow. Furthermore, although she is a good single target assassin,

Diana's Q, W and passive offer AoE and poke. She is also built tankier than Akali (Abyssal + Zhonya) which, combined with W, give her a bit more endurance in teamfights. Counterplay includes getting her off you after or during her R.

Midlane, she's good against pretty much any champion

Akali is good against, plus some assassins, but she's not as straightforward, has a little less snowballing potential because she's easier to kite.

Overall: Akali is a better single target assassin in terms of raw damage, Diana has more teamplay and playmaking potential. I prefer jungling with Diana over laning though.
0 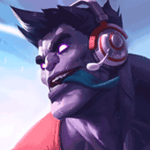 fakefetus (1) | March 5, 2015 5:58am
I would say the other major thing to consider is Engage/Disengage. Diana(who i play a great) has significantly longer range for engaging/exploding folks, however she has - escapes. Akali(whom I don't actually play) can actually disengage without using flash. So IMO the major fact is, if you get caught out of position or are bad at warding and map awareness avoid the **** out of Diana till you get used to that stuff. Once you have a good feel for those skills she is very strong.
0

Fimbulhoeggr (2) | March 4, 2015 8:48pm
Diana scales quite well into late game. In my preference, Diana is better than Akali because she has two skills with decent range. However, one of these is a skillshot, something that Akali doesn't have so I'd say she's a bit harder to play. Also, her shield can't be countered easily like Akali's stealth.
Diana completely destroys Fizz in lane, for example. She's an overall good pick against mid assassins.
Loading Comments...
Load More Comments