League of Legends (LoL) Question: Is nasus a viable jungler?

Nasus jungle - or various other non-meta junglers - is not their viability or ability to survive the jungle, but rather the pressure they lack or the gold they need to impact the game.

Nasus in particular may give you good Dragon dueling abilities (so you can sneak the buff) but he lacks quite a lot in pressure, as you must sacrifice Q farm with ganks that might not be successful. Also, various junglers can invade him and steal precious creeps or even kill him - as Nasus' ability to duel early game is atrocious, irrevocably sending him behind. The advantage, obviously, is that with strong laners and against a less experienced jungler or someone who does not prioritize screwing you,

Nasus can farm uncontested and thus become a threat.

He has some nice ganks post-6, because his ult allows diving, but he is outclassed by various other junglers.
0 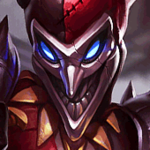 Embracing (353) | March 20, 2015 10:30am
Also, the problem with Nasus overall is that he's extremely prone to kiting. His only consistent damage spell is his Q which requires him to stick onto someone. Putting him in top lane alleviates some of that problem because he can get really tanky, but in the jungle it's extremely hard for him to do well mid game
-1

NateKiller (49) | March 20, 2015 9:39am
Somewhat. He's certainly outclassed in that position and takes a certain team comp to make him work well. Unless your playing 5v5's or a Nasus main I'd stay away in solo-Q. There are simply better options.
Loading Comments...
Load More Comments