League of Legends (LoL) Question: it is viable use Inmortal shieldbow with MF? 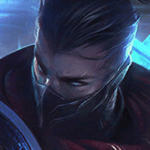 irelia support | January 25, 2022 6:27am
It's normal to die to assassins, it's not about your build it's about your play style. If you're lacking a front-liner that could be part of the issue. Assassin's will try to pick you off and it's up to your support to get vision around in team fights to make sure you don't get picked off from behind. They're meant to target you but since you're the carry it is up to your team to protect you and you to watch the map and avoid getting picked off, late game with an assassin you should not farm alone or walk alone in jungle because they're mobile and if they have vision on where you're at that's an easy kill for them. But yes, to answer your question shieldbow can be taken on MF however it will not save you if it's down and they can probably just still burst you afterwards.
1

Vega03 | November 25, 2021 2:54pm
From my experiences playing Immortal Shieldbow on MF I'd tell you that it is viable, but in my opinion it loses some damage compared with Galeforce or Kraken Slayer. However if you need to build it because of any team's composition then yes, you can perfectly use it
Loading Comments...
Load More Comments