+Rep | Report
So I've surveyed the vast cosmos of league content and have found sort of a 'gold spot' in the meta. What I mean by that is a type of champion that will do well in the meta in most lanes against every matchup. In the mid lane, I've seen lee-sin do well, since he is a great 1v1 melee champion but can also heavily cripple a mages health with his Q and dash. Another example is Nocturne, who can Q onto someone and use his E for the gap closer, not to mention his ultimate, which he can basically lock onto anyone and probably get the kill. The more prevalent meta picks like Lee and Noc are Yasuo and Yone, because they have very nice gap closing abilities and scale really well.

I don't want to say he's op, but he's definitely something.
His W does a lot of damage and slows AND marks the enemy, which extends his E range. His E is a dash that gets extended by his W and gives him extra attack speed which can help stack his Q, which knocks the enemy in the air on the 3rd attack. His ultimate, if you can hit the W, allows him to 2v1 against a gank if you can land his W E. He does great into melee matchups, and when thinking about it and looking around he is either even or beats most mid lane assassins and bruisers (with the exception of nocturne, who I would ban). His W can help him gap close and one shot squishy mages like orianna and veigar. If they don't have any cc in their kit they're doomed.

I am making a guide on this with the bruiser build and runes, but I would definitely try this out because he feels very strong in the mid lane as of now.
Comments (15)

People believe the higher they climb, the less toxic and more better people play. This is not the case, doesn't matter if you go from Bronze-Diamond. The toxicity will get worse, and worse. The only difference between the rankings is how more difficult it is to turn a game around. You shouldn't rely on your allies, ever for anything besides being fodder for you especially if you're really fed, in that case it's on you for not positioning correctly in team fights, why are you standing on their entire team? Kite, keep your distance, use your abilities and your items to counter certain things. It's difficult to say do this, or that, because you'll most likely just keep doing the same things over and over again. What you're basically saying right now is... "My team is garbage, I am better, but can't carry their ***es." low elo is always winnable.

You can win 3v5 in low elo because of players incompetence and due to the fact that a lot of people love to just up and vanish from a game out of nowhere. People don't hold their leads, and group mid at 10-13 minutes ARAM style never leaving, which if they were fed and up on levels, suddenly stay level _ while their laners who are splitting or not grouped as 5 get ahead and plow through their advantage. However, if we are talking about SMURFS in your que, that's an entirely different matter. You learn from how they play, their positioning, their use of their skills, what do they do differently? Learn, Respect, Move on in most cases SMURFS are more willing to leave a game when they get behind because they are just there to be douchebags and extremely toxic cause they are hardstuck, so they take it out on lower skilled players, when they lose to someone else, it pisses them off even more. Mental go boom.

It's fine if you want to stick to Draft, nothing wrong with that, but Rank has that whole misconception. It's just Draft with numbers. It's nothing else, unless you really have a drive to go pro / reach the highest possible ranking for whatever reason.

Low-Elo games last a maximum of 40+ minutes, because nobody really cares about closing games, just getting their Penta kills and going for KDA, where as high elo players want to close out games as fast as possible so they can get to their next game for the fastest LP gains.
1

EvoNinja7 (18) | April 7, 2021 9:00am
I realized my problem was that I was trying to carry on one of the most hardest roles to do so even though it's in the name, which is of course ADC. But I have transitioned to Jungle and I have noticed that if I can give my laners a huge lead, they tend to actually play the game properly. For example, A mid laner gets three kills of the enemy because of my ganks, he then proceeds to take tower because of my herald, and for some reason they just automatically start to play better. So I think it was more of a question about my overall game sense and my role in a way, because as a jungler I can set up the game to where I'm not the only one carrying.

Just like many of the wonderful people who've helped me on this page, thank you for your comment.
1

Fruxo (303) | April 7, 2021 4:35am
This was kinda the same as my own experience trying to climb from Gold back to Plat and so forth. Like Vapora did mention, getting to a higher rank won't ever stop you from having frustrating games or the same kind of experiences as you have now. I believe if you're really interested in trying to improve, you'll be able to climb.

Try to find a good role you like and a champion you enjoy to play in that role, if you can keep your games consistent you'll be able to focus more on your game knowledge than anything else.
1

EvoNinja7 (18) | April 7, 2021 6:05am
I've played about 3 ranked games and I've realized it's heavily centered around mid/late game in lower elo, which makes it hard since team fighting can be difficult. And I have found a role I'm comfortable with, which is the jungle. Already I feel like I've improved my game sense slightly from only three games.

Fruxo (303) | April 7, 2021 6:46am
The reason that lower elo games are more focused on mid/late and higher elo games are heavily focused on the early phases is because of the game lengths and the general knowledge of the players.

Most lower elo users doesn't know how to end games, meaning that even if they do extremely well or hard stomp in the early game, they can't manage to end the game so it stalls out and goes to the late game where they could likely make a mistake and lose the game. However, in higher elos the knowledge of players are typically way better, if you mess up early, the game is already over most of the time because they tend to know how to use their leads correctly.
Load more comments (1 more replies) →
1

EvoNinja7 (18) | April 7, 2021 8:56am
I've noticed that grouping is not a very common thing in my games, even when I call to group around dragon or something they either farm or just run it down trying to kill their enemy laner. This is not the case with everyone of course but I think the teamwork isn't really abundant.

I would have won those games if I were good enough, just as anyone is easily able to win the vast majority of their bronze games if they're good enough. You being in bronze isn't the problem, this is just the League of Legends ranked experience. If you're not smurfing, you're going to go through a lot of highly frustrating games.
2

EvoNinja7 (18) | April 7, 2021 3:36am
Yes, I think the key to actually trying to rank up is trying to maintain a healthy mindset and try not to focus too much on the actual ranked aspect of it, because it kind of sucks the joy out of League for me.

Thanks you for this comment, I really appreciate it.
2

Hades4u (484) | April 7, 2021 2:25am
I know it's difficult and Ranked can be very frustrating, but I think you should try to play the game without thinking too much about the rank and LP you're getting or losing. Try to play champions you enjoy and always play your best. Your rank isn't always the best indicator of your skill and knowledge, but the way you play and your mindset during the match.

If there are bad or toxic players in your team, chances are there are bad or toxic players in the enemy team too. In the end it's all about which team has the better mental fortitude to keep playing and not give up or throw the match. I've won many matches that seemed impossible just because the enemy team started fighting among themselves and eventually made mistakes and threw the match (Silver I).

You can only control your champion and that means you should focus on playing well and having as much impact as you can. Of course, you cannot win all the matches no matter how well you play, but if you do your best and win even 1 match out of 10, that's still a big win rather than losing all 10.

This applies to most competitive games, not only League. Everyone struggles with climbing and there's always brackets that are difficult to climb out of. Just try to have fun, learn something new every match and never give up! :) 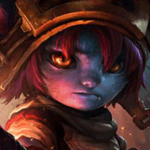 A Yasuo User | April 6, 2021 11:10am
bronze is like half smurfs. I would actually say that getting from bronze to gold is harder than getting from plat to masters. Play really strong late scalers and try to win lane and snowball hard, or be an early game champ and try to win before your team feeds. your goal is to be stronger than your team can feed. Also if bot feeds just get the sweet bounty cash. I'd recommend people like chogath and fiora for top, yi and viego for jungle, either fizz or yone mid, vayne or aphelios or samira adc, and never be sup.
1

EvoNinja7 (18) | April 7, 2021 1:25am
This is actually very convenient for me since I play viego Fizz and aphelios. Thanks for the advice I really appreciate it.
Loading Comments...
Load More Comments