+Rep | Report
May talk just the tilt out of me, but I seriously think top lane is no longer what it used to be in any way, and the most unhealthy lane you can play on (add some extra points if your jg never gank or follow a fight on top side and enemy jg is practically camping, but that is not the issue)

So to start it easy, when you say top lane, what is first thing that comes in your mind? May be a melee champion, a bruiser? tank? literally I bet in half of your games on top always was a ranged champion (Jayce, Kayle, Neeko, Urgot, tell me if a miss something) to begin with or Riven, which basically is as balanced as them. That is kinda a issue, especially counting Riot is focusing on nerfing champions like Singed, and increase the power of Urgot and Riven.

Recently they even maked urgot W a toggle ability when maxed, to translate it, He can extremly easy proc conquer and deal a massive damage, and when his W cd was an opening for the enemy laner to trade back on him, now there is no longer, not to talk about his R buff. So urgot history is basically: Riot maked him overpowered, they nerfed him, and now they maked him even more cancerous than before.

I think it is no reason to talk about Kayle who is balanced being "weak" early game and literally after reaching level 16 you can leave her afk on middle on map and still will do a lot. She is kinda as "weak" as Riven with similar winrates, over 50% tho.

Meta is chaning at that is okey, i did not complain about it, i just say the way it is chaning now is completly unhealthy for anyone. At this point I can as well go afk in my games and there will be no difference cause if i pick a melee champ and go against something like Kayle, well guess what, she will hug the turret until got ganked by her jg or reach level 11 and then automically win. Also you can't trade back against her without burn a lot of resources just to trade her. And you guys may you say, if you think Kayle is such a problem why don't you just ban her? The answer is simple, because I have there a list of like 6 champions completly overpowered and I can't ban all them all once (and Riven have a special place in my heart until she got any nerf, no matter how insignifiant, cause that thing is like a kayle but without level restriction to come back and **** everyone).

I don't really think what I say it's exaggerated or toxic, is just the truth, or the truth I believe in, and so I even stop playing rank and this game in general, If last month I would've playing a lot of improve and climb now I am lucky if I even do the daily missions and events, cause nothing that happen in those changes are ok for anyone but the people playing those champions. And yeah I played champions like Kayle and i decided to stop cause I feel completly useless playing a champion that is played by himself and all I have to do after level 11 is to press R and W, sometimes E for execute (if somehow my high skill one right click on enemy didnt kill him, which I guarantee you is impossible cause I played Yi enough to know how to press a click).

But yeah that's the new meta, just ranged champions with a lot of utility and no weakness whatsoever, and if somehow they got a weakness, Riot will hurry up to resolve that and make them even more viable than before, and as same time nerfing the **** out of champions that barely are playable. (Funny thing, they "nerfed" some of those problem champions and they are still as cancer as they were last patch, barely noticeable any change, and that sure not cause they nerfed anything but their problem not, like how did with akali until she got grounded and then they maked her unplayable for a good period of time(please do the same with Riven and i will gladly ban kayle insead))

P.S is just me who think is funny how Riot refuse to deal with the real problem and prefer even to buff anyone or anything else insead, or to just ignore it until it became a problem in esport and they have no other choice?
P.S.2 Yeah after reading it againt it seems just like a big tilt-****-talking but honestly, that is just things are, and will be for a long time, I can't see it in any other way, and the situation is feeling even irl, a lot of people I know quited the game, I am still there, but not exactly, don't know, I should call myself a casual I think.
Comments (2) 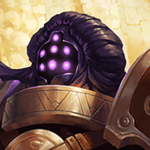 Silverman43 (51) | April 10, 2019 10:57pm
I understand your frustration. Toplane feels like an Island. In the early game, most skirmishes are around the lower side of the map, with

dragon .
In the meantime is Toplane really depending on the matchup. In a bad matchup vs. lets say an

Urgot and you get behind, there is not much you can do. Speaking as a jungle main, trying to gank a fed toplaner like

Darius... can result in feeding 2 kills. That's just because of the type of champions that are being played top.
Toplane feels like a coinflip: win lane hard or lose lane hard, with little chance to come back.
Except for some ridiculous scaling champions *couch*