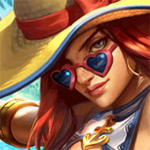 Sovereign Kitten (68) | February 22, 2021 10:57pm
You're welcome. TFT can be pretty confusing when it comes to new players, since everything is changing with each an every TFT set. Hopefully you have fun!
1 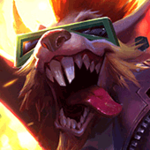 Sovereign Kitten (68) | May 12, 2020 7:36pm
Normally people just play the builds that they personally really know work. But that tends to make it a lot more easier to get countered. Because of the popularity, less diversity etc.

I normally go in with the idea of "I want to survive the early game, figure out what everyone else is going for, then go for something nobody else is choosing." this allows me to get level 3 units very quickly if lady luck is on our side, and build to that.

But if the game hands you a really strong comp early game. It's best to try and go for it.
1

Wicked Cherry (157) | January 31, 2020 3:48am
Hello Sovereign Kitten,
I checked out this guide because I quite adored TFT version 1 but when the Elements came up I somehow lost the overview because I feel like you‘d have to be extremely flexible and adapt to every element anew. So I wondered if you could like add a chapter on which classes make sense the most depending on each element?
Otherwise this guide is truly amazing. :3 Well done!

+1 and +Rep for hard-working and great authors like you. :]
Cheers, Wicked Cherry.
1

blah blah but yeah I'll get to work on that on Tuesday. Thanks!
1

Sovereign Kitten (68) | February 4, 2020 1:26pm
So I couldn't come up with an idea on a new section, so I just added information to the existing section. Don't wanna make it too much of a mess of things. Hopefully that helps.
1

Fruxo (288) | January 23, 2020 12:50am
I adore the visuals in this guide, it really breaks up the text in a great way and gives readers that kinda epic TFT feeling which is much needed in guides like these. Since TFT is still quite new (I believe it has been out for almost a full year now), it's great to see informative TFT guides on the gamemode like this one.

Congratulations on winning the contest as well, good job! :)
1 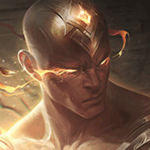 Sovereign Kitten (68) | September 2, 2019 9:35pm
Works well by keeping her out of the front line long enough to get her ability rolling. By the time she has it your lowest champion usually one of your tanky champions, like a Shapeshifter or Knight gets heals back to full HP horpfully. But still keeping her in the back.
4

WhatIsRove | July 30, 2019 3:54am
Is it still any good to hyper-roll at lvl 5 after krugs stuff like tristana + graves for gunslingers with the newer percentages, or am I forced to no lvl at krugs and have a chance of losing?
1

Sovereign Kitten (68) | July 30, 2019 8:38am
It is rather hard to focus on Gunslinger BTK on-hit just do to the shear amount of people going for it every single game. It is a very strong composition, however, the chance to even get them with the drop rates of champions is absurd, especially when again the entire lobby is going for them.

It can sometimes work, but overall it is a very risky and RNG reliant way of playing.
I actually tried it a few times today and yesterday. I couldn't even get a level 2 gunslinger til super late in the game, had nothing but Warwick and Brawler shops.

Everyone else on the other hand had level 2's and 3's.

It's always better IMO, to get top 3 with playing it casually.
Don't level like crazy, only purchase the champions you want and don't reroll until you are with an excess amount of gold. I find this useful because you end up higher level, with more economy to build into something they can not.
Loading Comments...
Load More Comments