"Sona, The Maven of the strings" Ultimate Guide 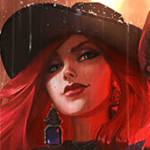 "Sona, The Maven of the strings" Ultimate Guide

The champion SONA is extremely underrated, she has some of the best skins in the game. Her skins because of her lore have heavy musical influence, making them even more special. If you want to play one of the best dressed champions, this is the champion for you.

Conclusion: Overall, this is my least favorite Sona skin. I find this skin to be pretty dull and lack any outstanding features. If you're wanting a great Sona skin on a budget. I would save your money and get Arcade Sona.

Conclusion: I find this skin to be very edgy and enthralling, I think Riot really thought outside the box with this one. Making such a sweet champion like Sona go goth was a very daring move for Riot, they usually like to portray their female champions as weak dolls in no armor. The biggest disappoint to this skin is the splash art; Sona is sharing the spotlight with 4 other champions. This makes it really hard to invision the skin in all of its glory.

Conclusion: I think that overall this is a great skin, in game it is extremely vibrant. I like that for this holiday skin riot chose not to sexualize Sona. Most female champion holiday skins are extremely sexual. I think that instead of doing silent night, a better idea would have been ice queen or ice princess Sona. I think her blue hair would have emphasized it greatly. Riot loses stars here because while the execution of the skin went quite well, they could have been a lot more creative.

Conclusion: I find myself extremely unhappy with this skin and yearning for more. I think that this was a cheap skin, Riot knows that a lot of their audience are fans of Anime and Chinese culture, they used this skin to get some money $$$ while catering to their anime audience. The splash art is well done, but the game skin falls quite flat and leaves much more to desired.

Conclusion: This is an extremely beautiful skin and always remain in my top 10 list. What the splash art somewhat lacks is insanely made up for in the in-game animations. Arcade Sona is a great skin if you're on a budget and want DJ Sona. People who have this skin had tamagotchi's instead of gigapets as children, and that's okay! Because both are great, one is just more expensive because it's even better.

Conclusion: Just whenever you thought Arcade Sona could never be topped, it gets topped. This skin is Amazinggggg! Using Ctrl + 5 you can switch the skin to have five different looks with five different soundtracks.... This skin is basically five skins in one! Making it completely worth the $30. Riot also partnered with the award winning band Daft Punk to make this skin and the skin uses their actual music!!!! Un believeable!

Build, Runes and abilities above.