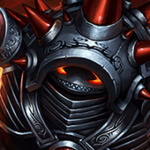 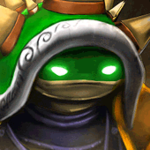 I felt like I was reading the description of the primary runes twice which is perhaps not necessary.

Can I steal your build/link to it in my own guide?

And does it work in diamond? I am 60%+ winrate in diamond spamming Bloodrazor Rammus, and I love going Hextech and death's dance when abusing low elo players, but I haven't dared try it in diamond euw yet.

I wasn't sure about putting twice the primary rune description. But I decided to do it to avoid confusion, in case someone skip one of the two option he still has the full explanations. And in the case of someone reading everything you realize it at the first sentence that it's doubled up and skip it.

You can put my build on your guide as long as you mention the source.

It is not about the elo of player but the composition of their team that allow you to go gunblade build. The more auto attack based champion the better it is. And obviously, you have to be ahead to get gunblade.
This build is abusable in low elo for sure. That's because as a rammus smurf you're always so far ahead.

I played it in normals, I also played it on ranked in lower Elo and a few month ago in rank EUW in Diamond. I would say it's a bit less effective on Diamond since you can do less 1v1 catch. Therefor your team is more often here to back you up in damage.
Loading Comments...
Load More Comments

Tips for Jungling
By Frillen