League of Legends (LoL) Question: Best Assassin for me?

Fizz if you fallow your requirements, but

Fizz wins, cuz he's both AP (which you prefer) and he's considered by many to be CUTE.

P.s.Most of the time you won't be able to walk away from your opponent as

Fizz, since you will most likely use

Chum the Waters for initiation, it's not at all impossible.
0

torrieflame | December 7, 2014 4:32pm
Fizz and Akali are what it sounds like it comes down to me, Theyre both very mobile, both have an "oh ****" button, insanely high burst, and are both extremely hard to escape when being chased. Theyre both champions who are snowballers and can make a FANTASTIC comeback from a horrible start (especially Akali imo).
0

SNOBOY (13) | December 12, 2014 10:36am
If you are not level 30 yet and looking for an AP mid assassin, AKALI is basically the best you can get. She has good escape with her ult and her shroud (w). She also has insane burst. She has great sustain due to her passive and can snowball easily with kills. On top of all of this she has no skill shots so she is not too difficult to play. Just play passive until you hit your 6 =)
0

Fizz, they both fit your criteria really well. When people bring up the argument of whether someone is hard to play or not, I say forget all that bull-jazz. If you want to learn someone, you'll take the time to learn how they play and how to use their kit. That's the only way to become good with that specific champ, and it will also teach you how to get around learning curves within the game.

LeBlanc because late-game, she falls off pretty hard, while still being able to burst people down quickly, it doesn't take much to take her down, whilst

Fizz have a stronger chance at surviving. 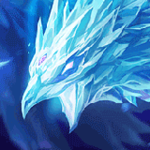 Veigar is a mage, not an assassin. That's like calling

Jarvan IV is neither an assassin, nor is he played mid lane. Also,

Fizz is broken, imo, and I think that you'll really enjoy him mid lane. He appears to have a bit of a learning curve, but he's incredibly safe for someone so powerful. As for the cute factor, he isn't cute, I always see him as Void Fizz (freakin' demon...).

Zed is one of, if not the hardest champ in the game. His potential is enormous, but I also don't think he has a lot aside from his jukes and raw damage.
Never seen

Rengar played mid, and he's a much better jungler than laner, anyway.

Talon has high utility for an assassin, which is very appealing to me (I hate champs with nothing but damage). He can still be relevant if he isn't fed (though, obviously, to lesser extent).

Pantheon is the way to go if you decide on an AD. He's played like a mage during the laning phase, so he feels more like an AP champ for the first few minutes. He can also start building like a tank if you're losing, to still serve some purpose to your team, whereas

Zed for example is nearly completely useless if he lost lane.

LeBlanc fits all of your criteria the best. She isn't as safe as

Fizz, but she's even more mobile than

Zed, and she has a LOT of utility for an assassin in addition to her high burst damage.
0

Kadius (8) | December 8, 2014 5:11am
I wasn't talking about Veigar being an assassin, or did I say that about Jarvan. and panth? played him... thought he was decent but meh. And zed isn't hard. You must remember I actually have a gift that let's me learn incredibly quickly... idk why I just do. I played 2 normals of Zed and then thought he was too reliant on his ulti for kills and when his ulti was down he was just "push push push juke juke outplay lol" but his all-ins are epic. Also with fizz I do want the fisherman fizz skin (what's it called?) so he will be cute for me. idk why fizz is so apealing to me, I guess I like sea type pplayers (I main Slark in Dota so... any dota players will get this). Zed is hard for some but I am extremely perceptive at knowing when and how to **** people up. Tried LB at a friend's house and found her to be the funniest and trollest character. I'd stalk them and then they'd chase me and I'd juke... repeat. Wukong is the same BTW his jukes are also AMAZING. But I'm still sitting on your talk about Zed, what makes him ahrd? His w is simple, his ult is really simple and the mind****s you can pull are pretty simple to do (alllllll in the W). Great character but too simple for me. A ranged ability, melee ability, teleport ability that has a shadow function that helps do damage in lane and finally a big *** all in ultui that you spam EVERYTHING YOU HAVE on the person and they'll die no matter what. But then in that 2 minute timephrame you are useless. so no ty on zed being hard.
Loading Comments...
Load More Comments