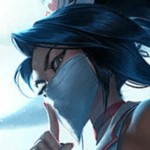 ilovethevisuals | May 16, 2019 12:56am
Pantheon will win all melee matchups if done correctly with his passive. His passive is too broken if there is only 1 champion to proc it. Plus you can oneshot most mages, ***asains and adc
1
[-]

Keep Away - Play a long-range artillery champion with lots of/powerful CC, such as Lux, Brand, or Zyra. Use your CC to make sure they never get within range of you. Build full damage.  Kog'maw and Ezreal also work well, but they have to play it safe. This strategy works best against melee champions.

Bought the Farm - Works best with Nasus, but other late game champions such as Kayle or Ornn work as well. Your master plan is.... Farm. Farm your entire life away. Punish them with Wither (or other CC) whenever they attack you. When they're about to fall asleep from sheer lack of interesting gameplay, one-shot them with your Siphoning Strike. (or other late game powerhouse ability.) Bonus points if you take Exhaust or CC them under tower for an execution.

Insta-Delete - A superior strategy against squishy champions. Play a bruiser or assassin with good mobility and crazy early-game damage. Hide in the bush in the beginning of the game, and kill them when they come to farm. Rinse and repeat, stay ahead with the money you earn while they're dead. This strategy is harder to pull off, but feels so good when it works.

Petting Zoo - Heimerdinger, Malzahar, Illaoi, and Azir are great for Howling Abyss, as there's no way to avoid their "pets." Build completely around your pets, and punish any who would dare attack your little precious(es)!

And some champion specific strategies...

Bush Shaco - Set up your Jack-in-a-boxes in the bush. If they're foolish enough to walk in the bush, burst them down. If they've learned their lesson or know to never facecheck bushes, wait until they pass and backstab them. Use your Decieve and Hallucinate to make their lives misery.

Time-Waster Zilean - Take Cosmic Insight and (optionally) Commencing Stopwatch. First item buy Guardian Angel and max Time Warp second. Use your two revives and doubled movement speed to poke them down and never die. If you're having difficulty, buy Zhonya's Hourglass for good measure. Also works for Trynamere, though not as well.

Devil Teemo - You will most certainly get flamed, but it's very effective. Use your camouflage to ambush them whenever you can. Your Toxic Shot and Noxious Traps deal massive damage. Build Magic Penetration and AP, and take Sudden Impact. True Teemo Trolls will also take Rod of Ages and Frozen Mallet to be tanky.

Something to remember for any champion is that if you die, your opponent gets to push lane unopposed while you respawn. To counter that, you'll want to build tankier than usual. Consider taking items like Rod of Ages and Death's Dance that still increase your damage while giving you survivability that you wouldn't normally have. If the opposing champ is heavily based in either magic or physical damage, consider building magic resist or armor to completely shut them out of the game.

Some runes that are stronger in 1v1 Howling Abyss than others. Bone Plating seriously reduces the amount of damage your opponent does. Demolish is useful for dealing more objective damage while your opponent is respawning. Gathering Storm is uniquely useful, as you usually have enough control over the game to extend the length for as long as you feel. Don't take any of the Hunter runes or Absolute Focus if possible, as they can't be used to their full potential.

If you disagree with any of my ideas, feel free to play however you want. It's your tournament, not mine, and the important thing is to have fun. Play champions you're familiar with, and you should do pretty well. 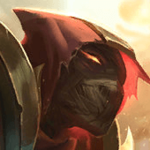 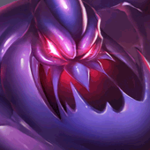 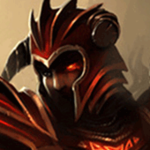