League of Legends (LoL) Question: Can you help me out with Zilean? 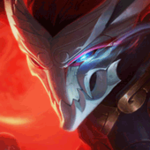 Thereapergrimm | May 17, 2017 2:03pm
zillean i found viable in ranked if you can play him and know how to lane against the more tanky supps like thresh and blitz generaly in lane phase poking with q is a nice peel for the adc and if the enemy bot lane wants to go all in just q w q the enemy adc and the dmg he does is tasty :) his e is good to catch up set up ganks or slow down people who are low and are running from a team fight my preffered keystone is deathfire on him but thunderlords works fine aswell
0

Lasoor (29) | May 8, 2017 11:53am
Zilean's kit is very straight forward. To play him well it is generally best to stay in the back line and avoid direct contact with enemies. Utilize the stun on your bombs to stop an approaching enemy, use your slow on that enemy to aid with this. I stopped playing Zilean back in Season 5 so I can't tell you much ,but in my opinion he is a very easy to play champion and definitely viable in rank. Basically any champion is viable for Ranked play as long as you are good with it.
0

Sr for my bad sp (3) | May 10, 2017 8:10am
Thank you so much I tried to apply your advice and I did really well in recent matches.I also noticed that be patient when another lane feeding is so important don't shout but play your role well.Thanks for your tips by the way
0

1) If your adc is bad at avoiding enemy harass then attempt to push the enemies away every time he goes up to hit minions.

2) If you can't rely on your adc to back you up then don't play aggressively in a way that would require your damage carry for it to work out.

3) Never die for your adc. There is an odd assumption that the support should die for the adc. The only reason this is a "thing" is because that is technically how you do it when playing on a team because the adc generally has more kills, meaning worth more gold, and will need the exp more than the support. However, when you aren't queued with anyone you need to play for yourself. You can't rely on the adc to carry you so you need to be the carry and you can't do that if you keep dying. You also will end up risking giving the enemy 2 kills instead of 1.

4) Remember to consistently ward the river area so you don't get ganked.

5) Use pings to let your fellow laner know what you're doing. Such as pinging "on my way" when going in.
0

Sr for my bad sp (3) | May 9, 2017 2:04am
Thank you so much for your answer.I'm doing really well with him in overall especially in teamfight the problem is the laning phase.I usually meet really bad adc so do you have any tip for me in laning phase.What can I do to help my team to the fullest?
0