ArkierKnight (5) | September 17, 2017 12:20pm
Ezreal as a jungler, in theory is quite interesting, mobility, high damage and splitpushing. The idea itself is not that bad, as it can blink and snowball lanes or steal objectives, people are just not used enough to make it work.

Sylvant (14) | September 23, 2017 1:26am
Tbh, i cant see either of the advantages you pointed to be even over the average. He has only a combat mobility, or should we say kite, but not map mobility, like Udyr/Rek'Sai can have(or most melee junglers which just have slightly more MS); he doesnt have high damage b default and he is very restricted to execute a strong damage combo, because of skill shots, which can be blocked in various ways. Also where you see that split push potential? He can barely puch a lane properly better than any of the general split pushers, or even most adcs(MF/Twitch/Jhin/Trist and 80% of the ADC have better wave clear). He is also squishy as any ADC...His only chance is to be in the hands of super good player and snowball early.
1
[-]

moon827 (14) | October 10, 2017 6:10am
There's a couple reasons people take ezreal jungle. People wanna copy the LCS (Like you said), and i've seen it from personal experience, people in lower elo in general just think that they are better than they actually are, so they think, oh hey, this worked in the LCS, why won't it work for me, and usually end up feeding.
0
[-]

Potato Power (4) | October 12, 2017 1:54am
I started to see good ezreal junglers, especialy if they get duskblade, I paly safe because I know he can just AA me to death untill I get under tower even if Im really close, but my teammates dont know that even when I warn them so I think the reason he is popular becuase he punishes people who are not prepeared and many of them are not in solo que
0
[-]

Astromdeux (4) | September 28, 2017 7:45am
It can be played, I see no problem with that. But Ezreal is a difficult champion to master because he is very skill shot reliant. Also against assassins and crit based champions he gets one-shotted easily. Depends on the enemy composition, I personally prefer to play Ezreal against tanky teams that ARE kitable in order to pick icebound. Also he depends on an early lead no matter how you play him.

Edit: After trying it I am convinced, Ezreal Jungle is the new meta guys! Accept it!
0
[-]

Sylvant (14) | September 23, 2017 1:29am
only success ive seen by the wave of EZ junglers are the ones who are just extremely good with the champ and can manage to snowball very early in game, thanks to tryharding, but im sure if they are as tryhard with any regular jungler, they would have double the success.
0
[-]

Astromdeux (4) | October 1, 2017 7:45pm
Ezreal is generally a champion which is strongly dependent on early lead in order to snowball a game, yes before you say anything a good Ezreal player can not only snowball a game, but he can also set up team fights and win them. Right now Ezreal jungle makes the most use of his kit and abilities and creates a rather "safe" ganking environment to work in. There are several minuses in playing Ezreal jungle:
1st: Can be counter-ganked easily.
2nd: Requires some true skill to return from behind especially if you are playing Ezreal.
3rd: Contrary to what some brainless people tell you, Ezreal is a high skill cap champion because he is fully skill shot reliant. If you also see some brainless people tell you that Riven is an easy champion to play then don't listen to them.
4th: Land your ult in style kids and pop that LV7 mastery.
5th: Being good with Ezreal is about knowing when you are strong, knowing how you scale in the early-mid-late game with the lead you have and some true skill in landing those skillshots consistently. A tip from me, you can measure that based on how much damage your Q is dealing to the enemy team, if you are ahead with 3 kills and their adc doesn't have kills....Let's see if you go tri-path you should deal some badass dmg and if you go icebound for the freeze you might take more than a quarter or half of their hp in one shot. Landing 3 shots on a carry means he is done for.
0
[-] 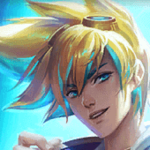 ScarletPhenix | September 20, 2017 2:00am
Well, you clear red + blue + gromp and hit level 3 quicker than any other champion. Not to mention his mobility and high single target damage (if you don't miss his Q lol).
0
[-] 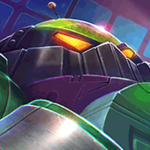 circubed (4) | September 19, 2017 9:27pm
Ezreal jungle started in 2 areas, nightblue and korea. After ezreal got a lot of nerfs, it can't seem to find its position in the lanes. That's why the koreans that want to play Ezreal play it in the jungle, for it is mediocre in the other lanes. The people who are teamed with the ezreal jungle see how ezreal is good, or in other words they have an ezreal jungle on their team and they do pretty good!
0
[-]