League of Legends (LoL) Question: Has anyone heard an update on Urgots supposed upcoming rework?

Galio, and unless he gets picked by the team that's doing

Kalista are supposedly 3 champs that they talk about very much with a rework, just still haven't found a final solution, but will be getting reworks before 2017 season is over
0
[-] 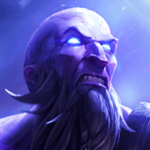