Ivern in low elo is because you need players that are competant enough to take advantage of your kit, which isn't always the case in Iron-Gold. It's better to playa hypercarry champion in low elo like

Xin Zhao, a champ where you don't need to entirely rely on your team. Once you get into around mid plat,

Ivern becomes a much better pick due to an increased knowledge of when to engage, making him better in higher elos than in lower elos.
1

Ivern isn't a carry or a tank at least in the traditional sense of those words. You aren't going to 1v5 with him and you aren't going to dive in a soak all the damage. His objective control isn't great either. So what the hell do you do with him? Ivern is an enabler and disruptor. You path smart, get your lanes ahead where you can, and then choose itemization in order to enable your team. I think you either like that playstyle or don't.

I think the main thing though is "what the hell do I do with this stick man thing that doesn't seem to do any damage."

Then hodgepodge/kit complexity - I do have a ranged root that my teammates can use to gap close, I can create bushes from which my AAs become ranged, I have a shield that slows when it pops, and I have a tanky mate on a long tether that knocks people up if it can stick to them.

He is honestly ridiculous in some ways if well piloted (or has been with slightly different numbers or strength of itemization), but enablers all have an issue that if their teammates are in fact monkeys then neither are probably going to get much done.
1 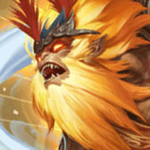 FixMonkeyPlease (2) | February 5, 2019 7:08am
agree with this comment 100%. Playing Ivern requires teammates that understand what he's capable of and who are able to use the tools Ivern gives the team. In low Elo most teammates won't be able to synergize well with your kit, it's always better to duo with a teammate that can capitalize on your engage and shield
1

styllEE (5) | February 3, 2019 3:30am
Ivern is a champion that has a weird spot in the game. Hes really good if you are good on the champion, which means u need like 50+ games on him, but if you are just playing him a couple times hes quite bad, as you need to know him in and out to play him. He's a high mechanical and macro champion to play, probably one of the hardest champions to master in the game tbh.
Loading Comments...
Load More Comments