BIG DADDY WILL (16) | March 9, 2018 9:24pm
The environment in your normal games doesn't seem very healthy. If you're flamed for your mistakes don't bother with toxicity; it isn't constructive. I'd recommend a full mute and announcing you're going to so do, if you can help it leave pings unmuted though.

It's important to make an environment where you aren't afraid and can acknowledge your mistakes. If you can make one major takeaway in a game you'll know how to make small steps towards improvement. For example, in the passage provided, you may want to try being more aggressive. If you're ever at a slump, or unsure of what happened, be inquisitive and ask yourself questions. You could also turn to someone else to review your play or read some mobafire guides to learn more about gameplay.

Once you've accepted that you cannot play perfectly and that you will have errors of judgement then you can start improving as a player. It can be hard when you're given hell by your teammates, the best thing you can do is work around it. There's a reason toxic players win less games.

EDIT: If you want to get better with Soraka in particular, I'm not too sure what your strengths and weaknesses with the champion are but checking out guides is a good start. Otherwise just focus on identifying mistakes and practicing your weaknesses.
2

miikenyaa | March 10, 2018 5:24am
thanks for the answer! i will definitly try muting, maybe it weill help.
my problem with rewieving my errors is, that i either find everything or nothing to be wrong, not becasue its actually like that but because i have problems with selfreflection. but ill try!! thanks again <3
2

I was looking at your op.gg, and it seems that you have a talent for

Rakan. I personally would say play him more, become comfortable playing him, to the point where you pick him in almost any situation, and have a comfortable matchup. Once you get pretty comfortable on him, i would say go back to playing

Soraka, and get a feel for how she works compared to rakan, and learn her by comparing her to rakan. Another thing to keep in mind when playing soraka is the fact that

Astral Infusion uses your health too. This is fixable, however, due to the fact that

Starcall gives you a lot of health regen for a few seconds if you hit an enemy champion with it. One of the things that is super beneficial for soraka is to watch your team's health bars, and if they are low, just use your ult, which could save them, which is the supports job.

orrvaa (41) | March 10, 2018 9:52am
As @BIG DADDY WILL said there will always be flamers in the game just mute them and their pings, if the communication not help you don't need it.

How to get better with Soraka?

1) Know your role in game - Soraka is a pure healer whose role is to save her allies and make the team sustain while fighting. To achive this goal you need to know what kind of damage your enemies do, there are 3 types: Poke, Burst, Damage over time. Against enemies with high poke you should heal you team mates often but not make them more then full HP so you both can sustain during the poking. Against Burst damage you should cast your E over the enemies as usually they are easy to kill and this will delay their damage or block their combo. Against Damage over time you should heal your ally more so he will kill the enemy before.

2) Positioning - Soraka is a prime target you can't fulfill your mission when you are dead, should be the back line and avoid any assassinate against you, you heal your team for more HP then you lose with W, so it mean your own health worth more then their (if you heal them).

3) Experience and knowledge - Look at builds and guild so you know what often you see on Soraka (runes, items) until you learn for yourself what better and when, and watch other players play your champion.

4) You can't win every game - this how the game work just keep up the good work :D, and you should avoid taking Soraka against a team with more then 1 assassin as most of the time you won't be able to heal your ally in time or they will find you.
2

miikenyaa | March 11, 2018 12:23pm
thank you too! i figured id need to learn more about items, and actually planned on doing this today. i often watch videos on league, some on soraka too.


thanks the most for tip one, i didnt know that, or well, never thought about it, so i think you helped me a lot with that^^
thanks <3
1 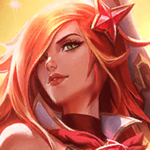 The real kagoyme | March 17, 2018 5:41pm
I have played Soraka often enough, mostly in ranked now but I can try to provide some tips! seeing as most of the people whom commented will probably say the same as me though !

1) Soraka is obviously a support champion and her main abilities are the fact she can silence and heal, which comes in great for stopping other champions from being able to use their abilities while you heal.

2) Saving mana! Mana is a big thing with raka, if you run out of mana you run out of healing. Try to poke the enemies down with autos but try to avoid taking damage. The more you can poke without losing mana or losing health the better lane it will be.


3) don't be to aggressive! I've learned that sometimes being to aggressive early game is not the best for raka depending on which type of support the enemies have, if they have a tanky support it is really hard to be aggressive because if they take you out, your adc loses out

4)you should never be the front line! no matter what your team says you should not be in front taking the damage. If you are dead first you can not help your team correct? you should be in the back trying to keep the damage dealers alive while the tank, tanks out all the damage.

5) Assassins who can jump or get to you fast like Zed, Kata and Akali will target you first out the group usually, try to stay close enough to heal people up but keep them away from you at all costs, they can take you down quicker then anyone else


6) if you want to get better search up raka builds and compare them, also look for Raka mains on twitch and youtube and watch them play, you may learn a lot :D

GOODLUCK! I know im not the best of help but a way to improve is watch your replays, see where you messed up and see where you can do better :D its a good learning curve
Loading Comments...
Load More Comments