Udyr in solo queue ranked. He counter jungles hard, if he falls behind a simple split pushing attack speed/tank build you can't deal with in late game. Unless probably if you are a bruiser possible someone like

Warwick, if i'm not mistaken.

Udyr every game where I get the jungle role. You can stop his counter jungling with the help of either the support or mid laner - But come on, you are talking about solo queue and climbing so that's not going to happen often.

To answer your question:

Udyr is a good pick in my opinion, along with the others I mentioned above. You just need to know which lanes you can't gank and which lanes you can abuse, keep track of the enemy vision around brushes for ganks and you will be ahead in no time. And you still have a split pushing option if you fall beind, which also works really well against melee champs who try to stop you.

Blazing Stampede are a pain to deal with and it gets abused. As a person who likes to spam

Master Yi in the jungle, I'm only afraid of

Udyr, the rest you can deal with reguarly.
1 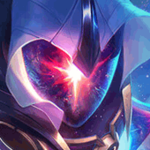 katakuri5 | December 24, 2018 9:59am
i dunno i'v played against Udyr in ranked most of the time he was with at least 1 teammate so i guess he needs to be fill.
and for jg i have no idea cuz i didn't played against Udyr jg.
i hope this comment will help you for something
1

Udyr, but be the change you want to see ;)
Loading Comments...
Load More Comments