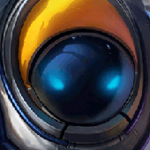 Qwerty19 (2) | August 10, 2018 10:56am
Honestly in my first 4 seasons playing the game I bounced around maining each role until I landed as being a support main. I understand most of the lanes and how the meta is and it helps to try out everything in normals. Honestly thats the only way to find your role and champ pool. I also like ARAM because it will give you random champs you can learn
1 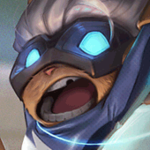 gabilucmi (1) | August 8, 2018 8:28pm
Lulu top was a thing... sadly she isn't as great as she could before.
If you play , watch LoL Esports for 3-4 seasons , you will find out that she was a pickable champion for top lane. In the past , we got the strategy of buffing for one only champ and let it go cause chaos ( as known as Juggermaw or others name ). Now we have better picks for top lane with much more aggressive play than Lulu. So it's harder to play her and harder to be useful for team so no longer meta.You could learn if you want, to be honest.( I still like seeing people play Lulu top tho but i barely see one)
1

ninja8135 (6) | August 3, 2018 7:59am
Top lane is generally considered the easiest lane, but it is also usually the one with the least impact. Top generally plays tanky for the team fights, where your main job is to soak up damage more than deal it. Additionally, all the champions you like are generally played bot lane, either as ADC or support. Basically even if you wanted to playing these champions top would put your team at a great disadvantage. My recommendation would be to try to learn bot lane. I know you said you hate dealing with the 2v2, but if you want to play these champions them's the breaks. The problem with playing off-meta picks is that they are off-meta for a reason. While they can be useful, i.e. a

Morgana junge provides a lot of CC and damage, they usually are lacking in duels and burst. A meta champion like

Elise will burst you down in a 1v1. Dueling champions are necessary in this meta in the jungle because of the value of Scuttle Crab. It's not that they are terrible, but off-meta will usually lose to the meta. If you don't like early farming play support. You don't have to worry about farm. Your only job is to poke the enemy and heal your ally.

Vel'Koz are amazing supports in the current meta.
Sorry to be that guy that tells you to conform, but the meta is the meta for a reason. Hope this helps :)
2

ninja8135 (6) | August 13, 2018 6:37pm
If you do insist on playing the off-meta game, you need to compensate by having incredible game sense, especially in the jungle. Know how to most efficiently clear camps, know when to counterjungle (a necessary skill for the off-meta picks, as it will keep the enemy jungler from gaining a lead), and know when to push for an objective. If you take an off-meta top lane, know when to play back to avoid the enemy jungler's ganks and when to push for that tower. In any scenario, you will have to rely on a smart team. These off-meta picks are 100 times more difficult if you don't have a team to communicate with.
Load more comments (1 more replies) →
1

Lulu top -> Good at being annoying but not much else.
1

OtakuSchwi (1) | August 14, 2018 2:28am
thanks :) Ill definitely try the lulu jungle, but maybe ill try the other ones too
Loading Comments...
Load More Comments