League of Legends (LoL) Question: When should I not pick/ pickThresh?

7daysko (7) | October 21, 2017 11:58pm
In general, you should always avoid picking Thresh (or supports that are based on CC or grabs like Leona, Blitz etc) when you are playing against Morgana. When she uses her black shield on the ADC, she makes them immune to any form of CC, and Thresh's spells all have the same idea of locking an enemy down. Poppy is also a very annoying support to lane against, as her W doesn't allow you to get close to her ADC after landing your hook.

As for ADCS, everything that has mobility is technically a counter. For example, Ezreal, Lucian and Kalista. Sivir is also very hard to deal with unless you get very close to her, as her spell shield won't let you grab her from a distance at all.
0

Of course, if Cait somehow gets behind during the laning phase as a result of ganks or misplays, her damage output feels low and most meta ADCs outscale her and her range (when you look at Tristana and Kog).

In general, picking Thresh into Caitlyn isn't a bad idea. Yes, she can poke you and your ADC and there isn't much you can do, but Thresh can set up for ganks very easily, and like I mentioned, early ganks are probably the most effective way to counter her. Basically be careful when entering a brush as she might have laid traps there to catch you off guard. As for her E, try to predict how and when she will use it, as she only travels in one direction and can be easy to grab if you're close enough.
0 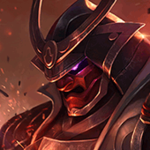 KidsBopFTW | October 22, 2017 4:38pm
Cait is a pain to play against early game for any champ because of her range advantage. Once you get a successful gank or 2 the lane becomes much easier just based off of the pressure from you and your jungler.
0

iulan (2) | October 22, 2017 12:40pm
Thank you for the answer! I know Morg is a pain but wasn't really sure who else was a counter. Is it smart to pick Thresh against Cait? It seems like every time I come up against her the W and E seem to keep me at a distance
0

orrvaa (41) | October 23, 2017 8:23am
Tresh is used to make opportunities to engages for your team and make it harder for the enemy team to disengage while he do it (beside of help your team mates disengage).

The key for this purpose is having a good hook to start the "party" then E or R and the follow of your team mates. For these 2 things you should not have enemy that stop you from continuing the engage (such as Morgana, Taric, Leona and so on), and you should have team mates that have a bit of sustain or range so they can follow you easily.

RavaszEmber | October 22, 2017 7:25pm
Support main here, I generally pick thresh whenever my team needs someone heavy (as in heavy tank) with a lot of cc. By rule of thumb don't play thresh into morg because of her spell shield. Also you can play thresh into someone like blitz, because if you q him he just has to press q back at you to win the trade. (Zyra is also a kinda bad match up because of her plants but it's doable.) Thresh is very flexible though, I encourage you look up some guides on here to see what some more experienced players have said.
Loading Comments...
Load More Comments