+Rep | Report
japan, odaiba, vacation
A few weeks ago I went on a 1 week vacation with my friends to Tokyo, Japan. It was a lot of fun! I'll probably make a few blog posts about it since there's a lot to say.

To start out I didn't sleep the night before I left for Japan since we had to get to the airport at 4am. My friend was nice enough to drive 3 of us there (the group was 4 in total). My flight went to DC first and one of my friends was on it, but then came the 14 hour flight from DC to Japan without any friends. It was rough, but the people I sat beside were actually very nice and showed me how to recline my chair and use the TV (I am a flying noob). 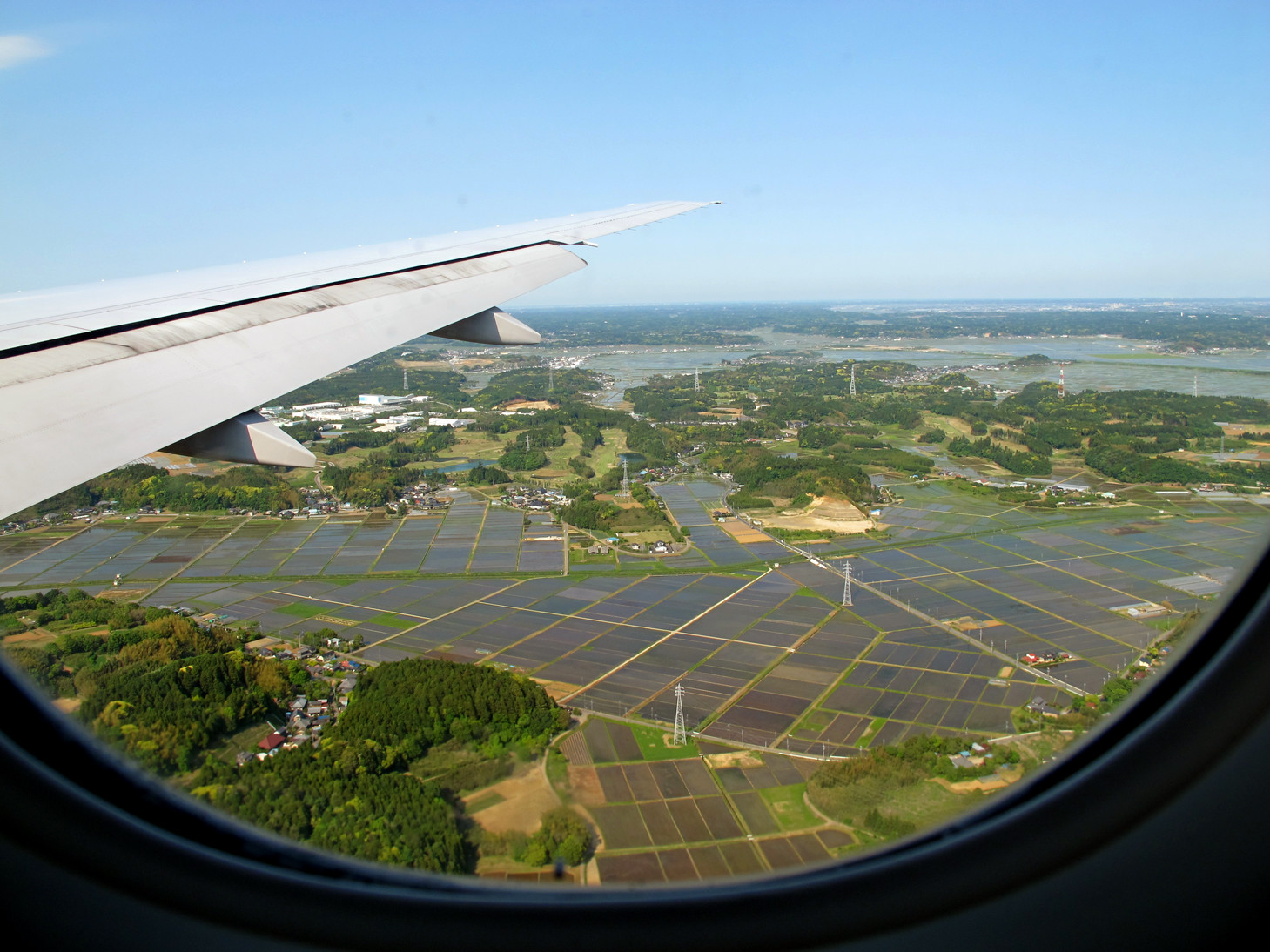 Finally we landed in Narita. You could see a lot of rice paddies from the plane, which was pretty sweet. The woman I was sitting with actually walked with me and helped me through customs and to find the place my friends were meeting at, which was really nice. That helped me a lot and I found my friends no problem.

We took a bus to our hotel in Shinjuku, which was about an hour long ride. By the time we get checked in and in our rooms it's about 6pm there. We're all like "yeah I'm totally up to do something!" We find somewhere to eat and afterwards we all are zonked and want to sleep.

We got up pretty early the next morning. The sun is fully up at 5am there. They are serious when they call it "The Land of the Rising Sun." We went out around 8 or 9 am and everyone was walking to work. The streets were packed with people in suits and we felt severely underdressed. After wandering around a bit we found a breakfast place. I had noodles, pork, and a poached egg (which I am not addicted to eating with noodles). I don't know the name of the meal because the way we all ordered was just pointing at the picture and hoping they didn't ask us anything about our order. Only one of us knew a little Japanese, but the rest of us were all screwed. I knew how to say "sorry" and "thank you" which was usually enough.

Our plan for the day was to go to Odaiba, which is pretty much the "Bay Area." We used the subway to travel everywhere since it's quite comprehensive. However, looking at the map you see something like this...

So, that was fun to try to figure out. 2 of my friends had used the Tokyo subway before so they had an idea of what to do. You basically look at the characters on the map and try to match it to the ones at the place you order your ticket. The tickets work by distance, so it was a pretty good price most of the time. The subway station near our hotel was one of the biggest ones there, and was completely packed at the time we went. I felt kind've like a child and wanted to hold on to my friend's backpack so I didn't get swept away by the crowd and lost. Most of the signs were written in English and Japanese so it was easy enough to find the right location to get on the train. 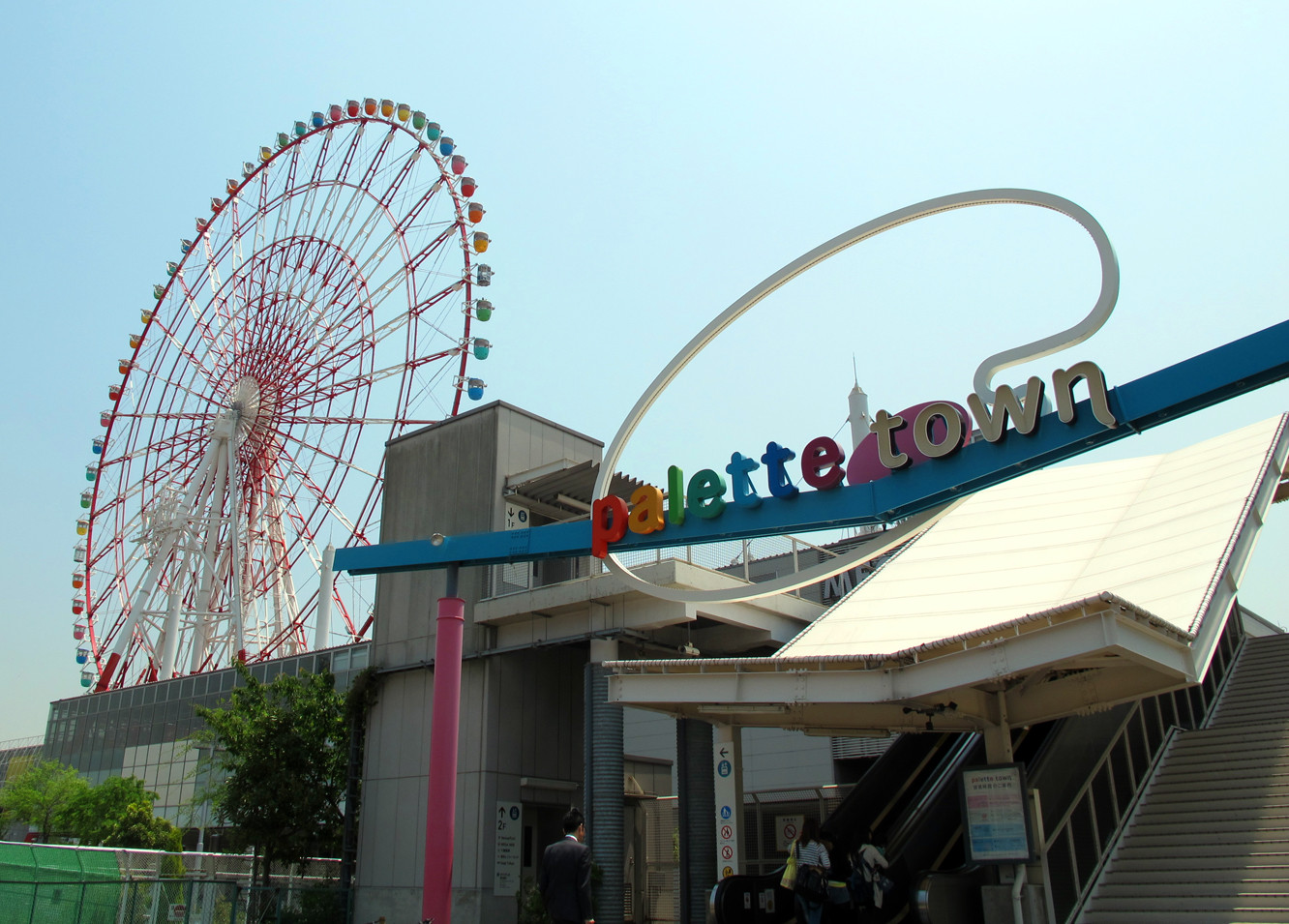 We arrived at Odaiba, surprisingly without any trouble. Our first stop was Palette Town (because come on, it's like you're playing Pokemon!). It was pretty much a shopping center but the ferris wheel gave you a great view of the bay area so we made sure to take a ride on it. There were a lot of cool buildings to see, and of course some solar panels arranged to be supah kawaii. 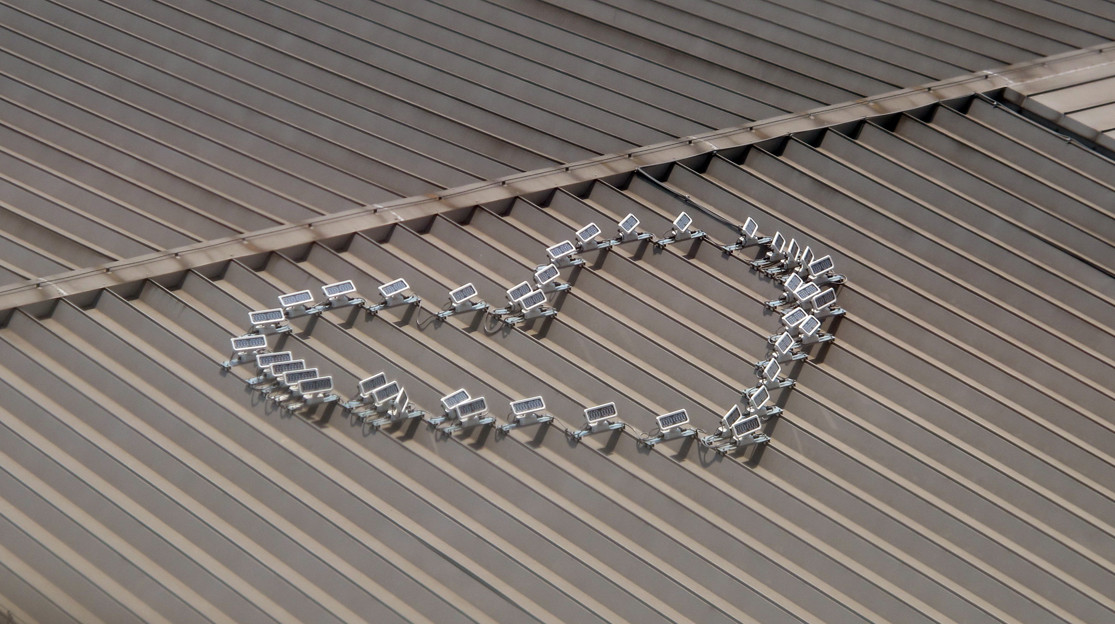 In the shopping area there was an arcade, and by arcade I mean a trap warehouse. Half of the machines in there were claw machines with 0 grip strength. However, there was a Monsieur Crepe there that had DELICIOUS dessert crepes. Like, I could eat these crepes all day, they are soooo good. 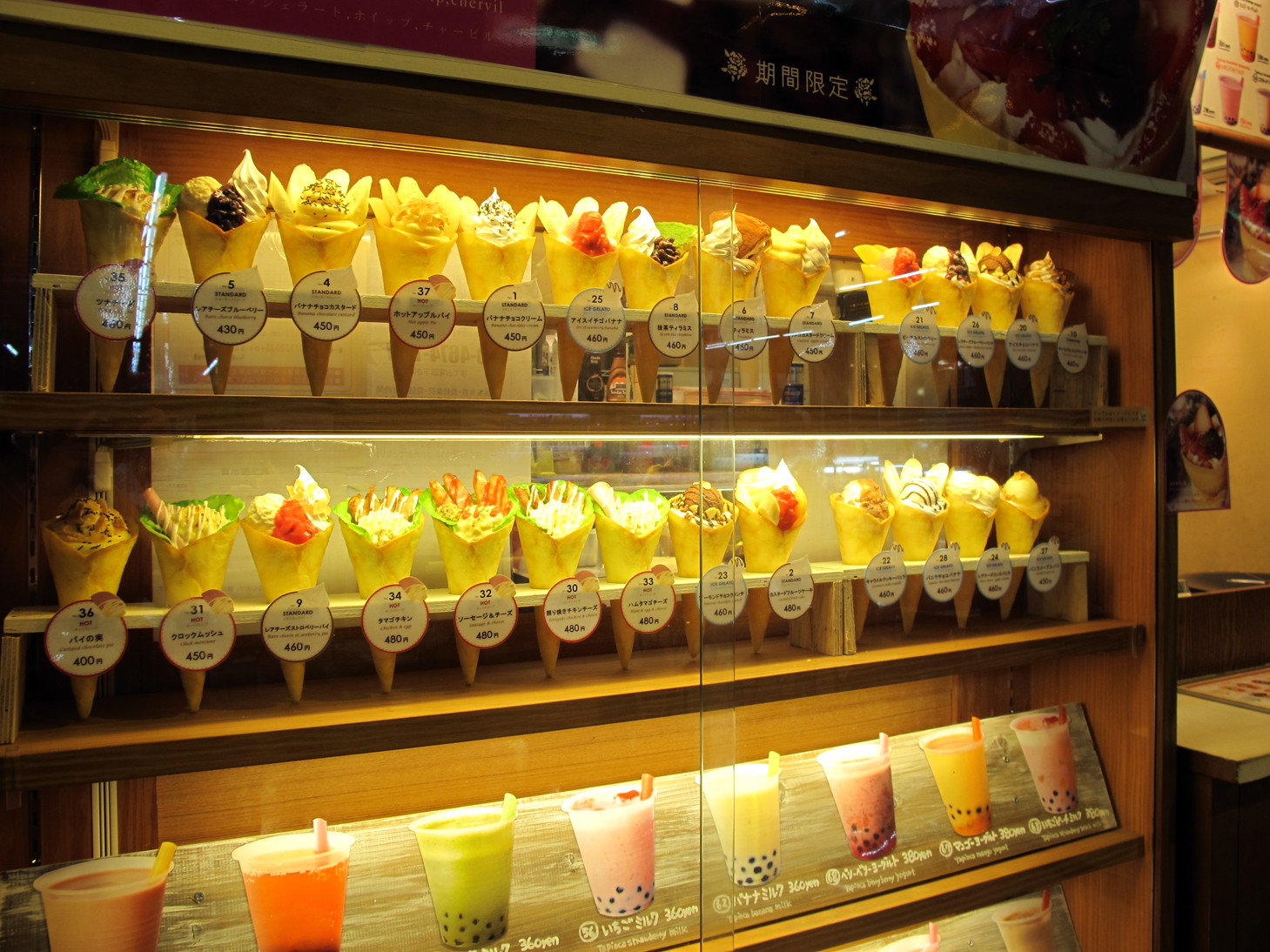 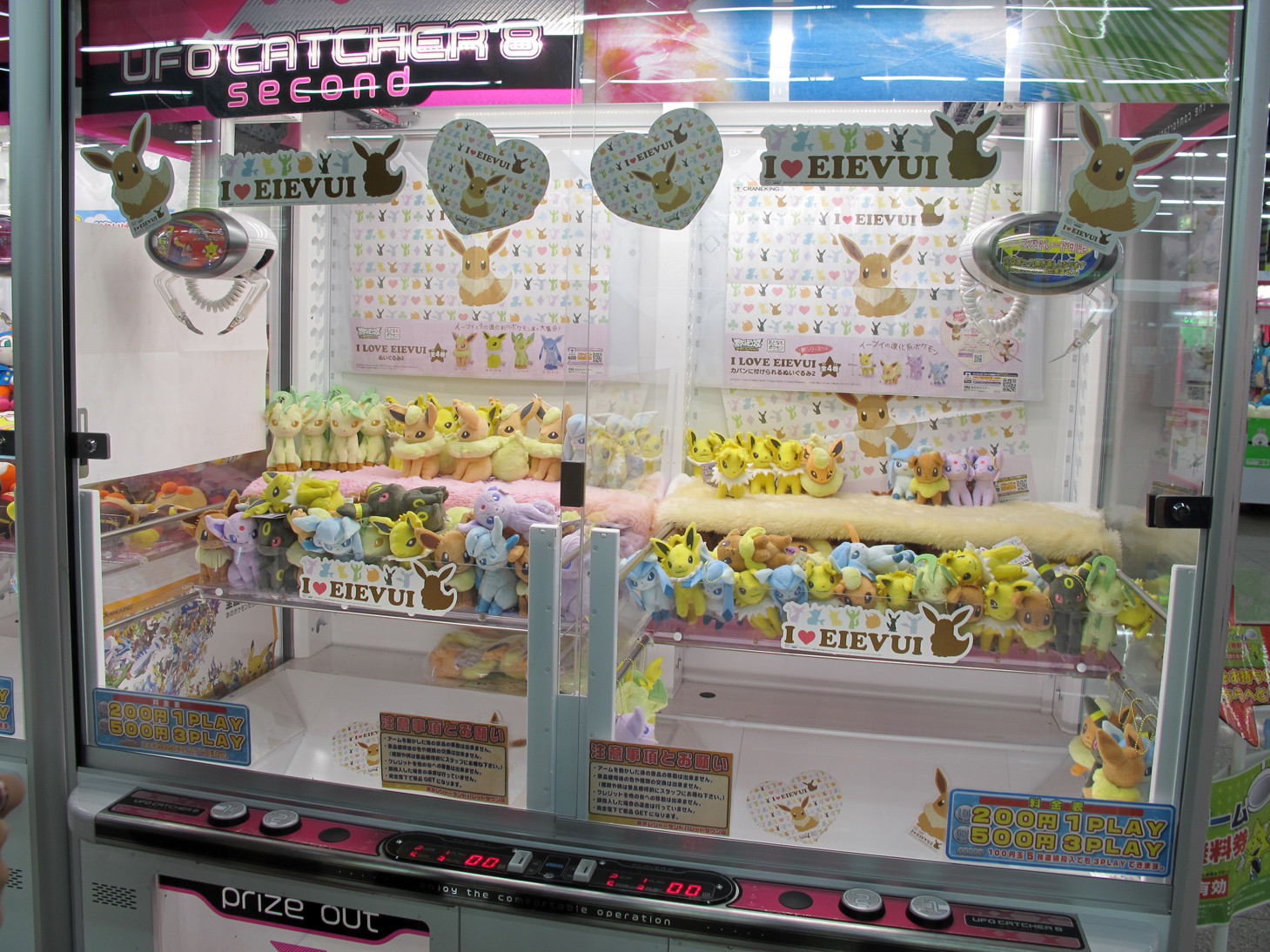 Other than the arcade there was Hello Kitty Kawaii Paradise (so great), a Toyota showcase place, a shopping center that resembled a renaissance street, and a cool car museum. Palette Town was pretty fun.

Next we walked to Diver City, which is ANOTHER shopping mall (so much shopping...). However, this place had a pretty interesting attraction. A life size Gundam! 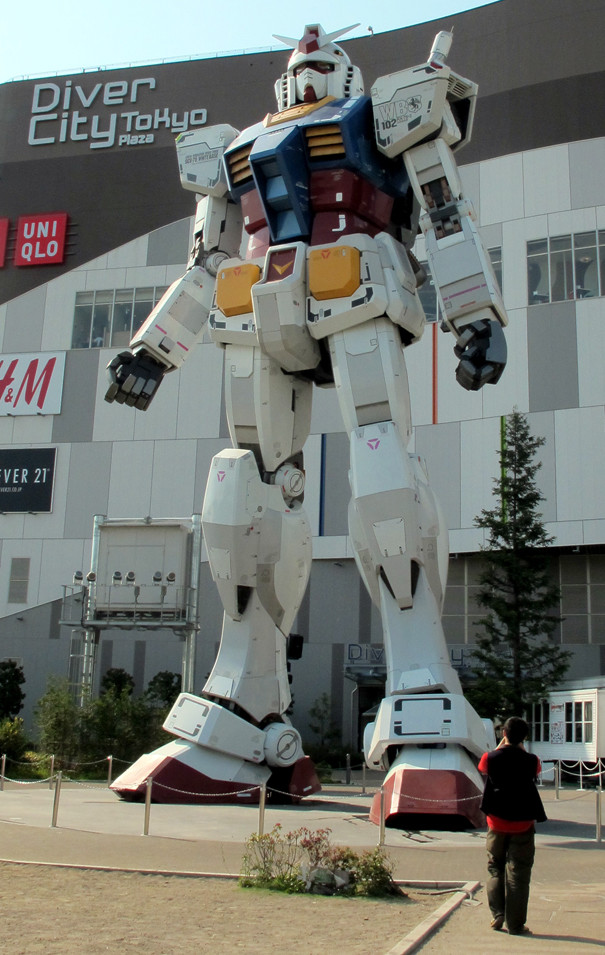 The sun was setting and my friends and I struggled to get a good picture of that thing. There was a lot of Gundam stuff around. Gundam shop, Gundam Cafe, and even a Gundam museum! If only I actually watched much Gundam I think I would've been in heaven... 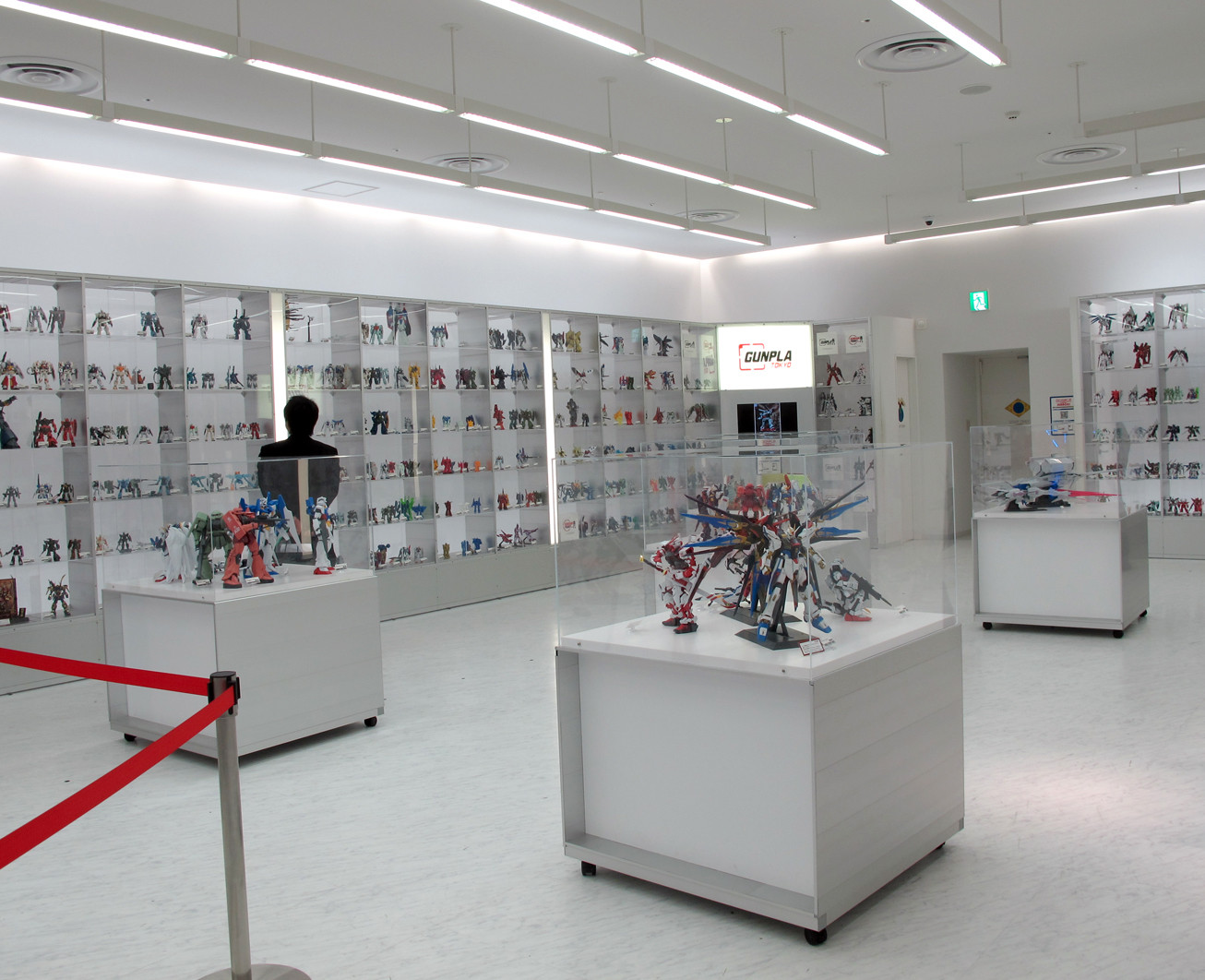 Other than the Gundam stuff there wasn't much else of note. Basically just a mall. It had a lot of stores that I would have seen in America, although at the time it was 100 yen to the dollar so the conversion was pretty good. There was some interesting character / "kawaii" shops but mostly clothes and other things like that.

Walking back to the subway station we got to see the ferris wheel lit up! It was so cool. It changed the lights to make interesting patterns, which I tried to capture on video and kinda failed. :( Oh well, I got a decent picture of it! 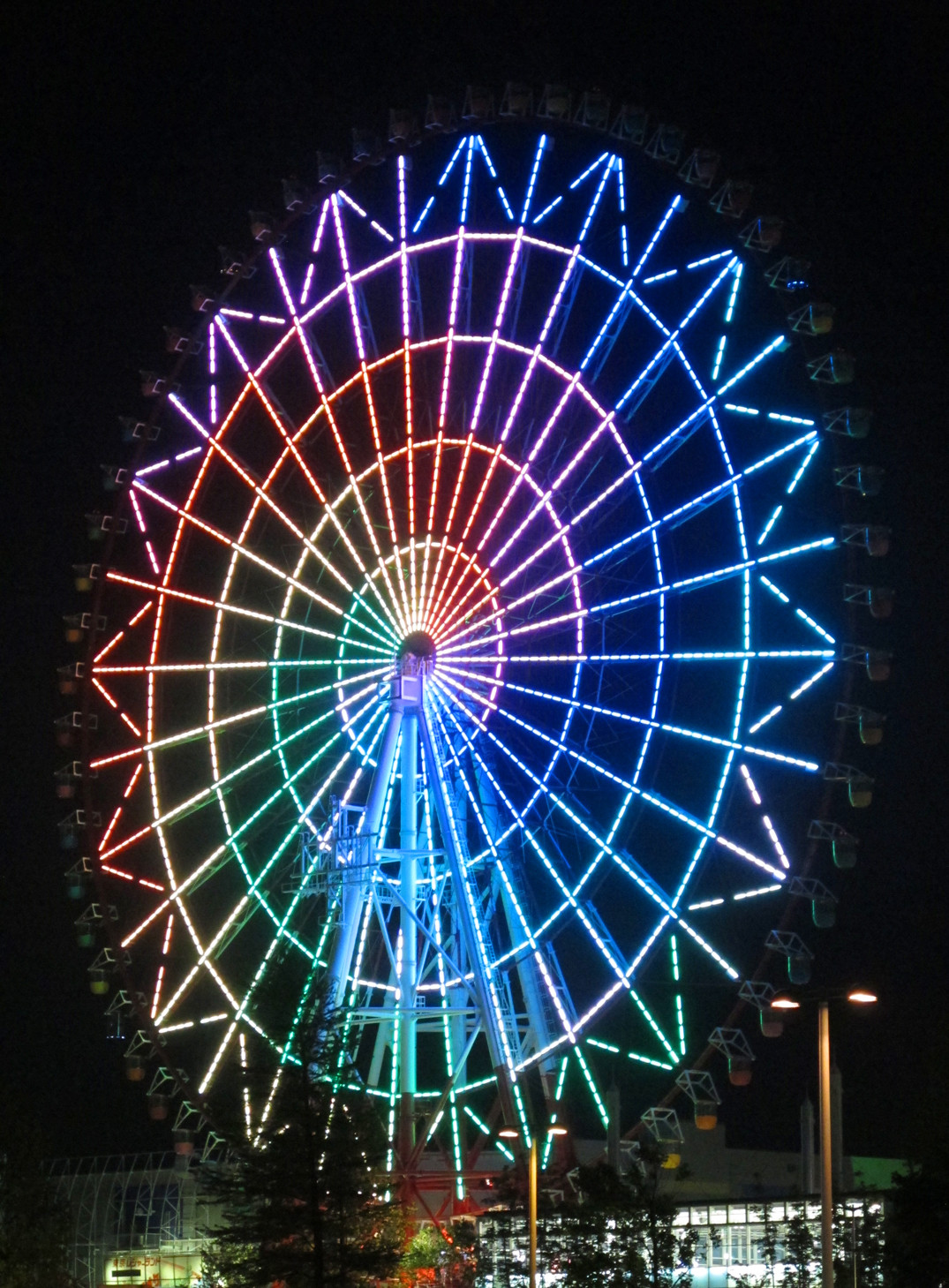 And that wraps up my first Japan blog! My feet were killing me by the time we got back to the hotel (a constant theme of this vacation). I'll continue getting my pictures together and I hope to post a blog for each day of my trip! Hope you guys enjoyed it and you can look at all the pictures I took during this trip here.
Comments (8)

This. If I could choose one country to visit from all the countries, it would be Japan. Such exciting country. Seems like you had a blast + nice pictures.
1
[-]

Japan is a great place to go visit ^ ^