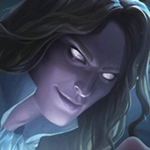 Beartrap on a Rope / Pocket Pistol

Kled Jungle is a versatile pick that almost nobody plays, he is super underrated and a good pick in almost all situations once you can get past the small learning curve.
Check out my in depth Kled Jungle Guide on youtube or come hangout in my Twitch Channel and I can answer any questions!

For a video on Jungle pathing head over to my youtube channel for an in depth pathing guide. Kled Jungle pathing is trickier than most champions but easy once you get the hang of it. Below is a simple 4 camp pattern that I do 95% of the time.

For Blue Side:
Red Buff - Blue Buff - Gromp - gank/Scuttle and look for a gank after.

For Red Side:
Blue Buff - Gromp - Red Buff - Gank/scuttle and look for a gank after.

The hardest part about Kled Jungle is not getting dismounted on the first Clear. In my Kled Jungle youtube guide I show you exactly how i stay on my mount every game and use kleds early damage to take over the game. After your first clear Kled Jungle is simple and similar to clear patterns of other junglers.

Kled Jungle is a very versatile pick and if you can master it you can outclass players in every single elo. Kled also has very high 1v2 potential with his remount and after the first clear his clear speed is in the middle of the pack. Where Kled excels is with fast and easy ganks in the mid to last game and some one the freest ganks ever with his ultimate.
Pros/Cons

Kled is an incredible toplaner when it comes to laning and dealing loads of single-target damage. You have enough mobility with Jousting to compete with assassins and other bruisers, and you can win most 1v1's with great passive usage. With the addition of Conqueror as a keystone, tanks aren't nearly as bad as they once were. Part of mastering Kled is mastering dismounting and remounting Skaarl the Cowardly Lizard and utilizing your courage bar. Chaaaaaaaarge!!! lets you roam and take control of the early to mid game to snowball you and your team.

Kled's weaknesses are very obvious and will be exploited by competent lane opponents. Your goal is to play around your strengths and cover your weaknesses as best as you can. Playing around your passive Skaarl the Cowardly Lizard is key and can often be your downfall in certain matchups. Many toplaners like Garen and Urgot have powerful execute Ultimates that work well against your passive. Being dismounted also means you don't have Jousting to stick to targets, making you weak to kiting and CC. Using Chaaaaaaaarge!!! improperly can bait your team into a losing fight and will ruin the game. Try to avoid frontlining unless you are building heavy tank, since kled is very easy to kill once he dismounts.
Abilities

BEARTRAP ON A ROPE / POCKET PISTOL
Beartrap on a Rope / Pocket Pistol: This is Kled's main poke ability and will do the most damage when maxed compared to other abilities. This ability counts as a tether that also gives true sight, meaning it can bypass untargetable and invisible characters. An exception to this would be Akali and her Twilight Shroud invisibility because reasons (thanks riot). Otherwise it is a straight forward tether that pulls back opponents who stay in range long enough. It counts as hard crowd control, so it can cancel things like Teleport and Meditate.

VIOLENT TENDENCIES
Violent Tendencies: This is the ability that makes or breaks Kled in most matchups. Anything that can negate this, like Counter Strike, basically make Kled useless. Otherwise, it is a passive ability that activates when off cooldown and grants you increased attack speed with the fourth auto-attack doing heavy %HP damage. This ability has great synergy with Press the Attack.

JOUSTING
Jousting: This is a powerful gap-closing tool that lets you follow Flashes and dashes, or even abilities like Arcane Shift. This ability gives one aimed dash and a second dash that follows any champion or large monster it hits initially, even over walls. Like Beartrap on a Rope / Pocket Pistol, hitting champions with this ability grants you temporary true sight against them. Use this with your Beartrap on a Rope / Pocket Pistol to stick to opponents relentlessly and beat them down with Violent Tendencies. This ability doesn't do very much damage early on, but can sometimes be just enough to determine a kill. So try to use the 2nd dash for a little extra damage between auto attacks.

CHAAAAAAAAARGE!!!
Chaaaaaaaarge!!!: This ability is a great engage tool that lets your whole team follow you at high speed. Like Sion's Unstoppable Onslaught you are unstoppable for the duration, but cannot re-route the initial destination point. And you gain a pretty decent shield, which is nice. You also give movement speed to allies follow the trail left behind you. Upon locking onto a target in your path, you will follow them even if they Flash or dash away as long as you are locked onto them. This can be useful in initiating teamfights or can be used with Essence Reaver to effectively duel other champions when splitpushing.