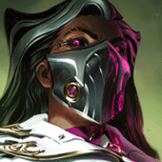 any late game carry adc is ideal for renatas kit

any late game carry adc is ideal for renatas kit

Hello Guys my name is Zach and I am a masters plus support main. My main champion is Rakan although I am by no means a 1 trick. I enjoy playing renata and since she is a new champion and very unique for the enchanter position i decided to make this guide to help people who were seeking help. You can come follow my stream and ask me anything and i will answer it to help you!

Renata "enchanter"
Renata came out as an enchanter. Lulu is an enchanter and its very obvious renata and lulu are not the same. Renata to me feels like bard. Has damage in lane and a heal but he is not lulu where he can only peel. Renata can peel, do damage, and literally make the enemy team fight themselves. Thats why Renata is better to built and played like bard than she is to be played and built like lulu. Renatas insane peel does not come from items it comes from her abilities in general. Building a tanky defensive build allows you to get your abilities of more in a fight and peel your adc to victory.
Abilities
PASSIVE
Leverage : Renata Glasc's basic attacks mark her enemies and deal 1−5.25% (+1% per 100 ability power) of the target's maximum health in bonus magic damage.

She can reactivate the ability to throw the enemy in a target direction, damaging enemies hit for the same amount and stunning them if the thrown target is a champion.

If the ally gets a takedown on an enemy champion, the buff duration resets.

If the ally would die while Bailout is still active, their health is set back to full but they begin burning to death over 3 seconds. The ally can stop the burn by getting a champion takedown before they die.

The rockets also apply their effects around her on cast and in an explosion at max range.

Renata Glasc sends out a cloud of chemicals that causes enemies to go Berserk for 1.25 / 1.75 / 2.25 seconds. Increasing their Attack Speed by 100% and forcing them to basic attack anything around them.


Items
Locket of the Iron Solari:
since it fits the best with the Guardian playstyle. A lot of people are building Renata like lulu but Renata offers a ton of peel and can facilitate her carries in ways that no other support can. The best thing you can do is stay alive, so building tankier helps you achieve that goal. Apart from that, the item has some really good tank stats which will scale well with Conditioning. The aura effect isn't super powerful early, but in late game team fights, it boosts your entire team to be just a little tankier

Redemption:
just another tool to keep your carries and yourself alive and healthy. We've invested a lot in our runes into making active items more useful, so paring the healing and HP from Redemption with the shielding, HP, and defenses from Locket of the Iron Solari makes Renata an even better peeler for her team.

Anathema's Chains:
if the enemy team has one AP threat, and pair it to them. You already have plenty of armor, so this will cover your final threat and provide a lot of HP without wasting resources on extra magic resist.

Ionian Boots of Lucidity:
the best choice for a ranged poke support like Renata. More ability haste is more peeeeeelllll

Spellthiefs:
Easily the fastest stacking support item you can have on Renata if you're abusing your early poke like you should be doing.

Knights Vow:
A lot of Hp stats and helps hyper carries do their thing a little easier and feel a bit safer. Thats what renata is meant to do. Make HYPER CARRIES EVEN HYPERIERRRR. Not a real word but you get my point. Jinx with renata is JINX and Jinx without renata is POWDER
Runes- Guardian
Renata is great as a peel enchanter, so Guardian works very well. It adds a little extra shielding to your kit which helps you keep those carries safe and alive.

Renata impairs movement a lot! Handshake is part of your early trading pattern and Loyalty Program slows on hit, and you should be trading as much as possible early. This is exactly why enabling allies to heal from you impairing them is so amazing. It adds a good amount of extra utility to your kit, and you don’t have to do anything special for it.

With our current build of Locket of the Iron Solari, Frozen Heart, and possibly Force of Nature we already get a ton of resistances. Conditioning works really well with this due to its increase of 5% to both resistances. Since Renata's trying to stay alive and peel for her team as much as possible, this rune just fits super well with the current build.

Unflinching helps you out a ton when facing any form of CC. Overgrowth is also a good option, but since we get a decent amount of HP from the items in the build that rune a little less needed. So instead, Unflinching is now going to keep you safe and out of the CC chain.

Cheap Shot is great to give you more poke damage during the laning phase. Loyalty Program slows on hit, making Cheap Shot super easy to proc. Especially since poke matchups are very common in lower elos this will help you greatly to stay relevant all game long.

Ingenious Hunter is a unique rune, but since your first two items are going to be Locket of the Iron Solari and Redemption you are going to get a ton of use out of this rune.
Runes- Fleet
Fleet Footwork gives you a high sustain heal combined with movement speed that makes your trading pattern during laning phase insanely safe. It also makes it easier to stick on targets during mid and late game.

Triumph gives you more gold and health from successful takdowns, which includes assists with Bailout. The percent HP you gain from Triumph is huge with this build, and between Bailout saving your carry and Triumph healing you, fights that look lost can turn around very fast in your favor.

Our secondary rune, Legend: Tenacity is insanely good in the current meta. There is a lot of CC in the game, and combining this with the tank items and her peel ability we will be building makes Renata very hard to lock down and kill.

The last rune is the least important one from this tree. You can also consider Coup de Grace. As a support you tend to be hanging around peeling your teammates while on lower health, so in testing Last Stand has been most consistent in providing a small damage boost.

With our current build of Locket of the Iron Solari, Frozen Heart, and possibly Force of Nature we already get a ton of resistances. Conditioning works really well with this due to its increase of 5% to both resistances. Since Renata's trying to stay alive and peel for her team as much as possible, this rune just fits super well with the current build.

Unflinching helps you out a ton when facing any form of CC. Paired with Legend: Tenacity, this rune helps us reach the point of diminshing returns on tenacity, so we never need to build Mercury's Treads and can focus on better boots while still being very hard to slow down.
Lane
Renata's E, Loyalty Program, gives you a strong shield and good level 1 damage. You start with E and use bushes to move up, auto, and E to stack Spellthief's Edge quickly. The shield will often help you avoid taking any damage yourself as long as you dip back out of vision after the combo.

Renata does have a level 2 all in. Shes squishy though so be careful. Leveling Q second allowd you to throw a hook and pull. If landed the level 2 will burn a flash but just be careful. Also if you land your q on one enemy and throw them into the other it will stun. AGAIN THINK BARD. It is a short stun but A STUN IS A STUN GUYS
Mid Game
You are no longer playing like karma in lane. You are now Lulu. peel. Sit and peeel. enemy dives your ad use q and throw them off. AD is going to die or is looking to get a lot of autoes off give them your w. E when a sheild or a slow is needed. Just PEEEEEE. RENATA IS SOOOO GOOD AT PEELING. Renatas ult is a disengage tool or secondary engage. By this i mean Use R when you are being run down or once the fight has started and there is no escape. THIS IS NOT ENGAGE. This is so easy to dodge. Must use when dodging it is a choice between getting hit or dying.
Late Game
Same as mid game. play for peel and play with your team. understand who the carry is and who the threats are. peel the carry from the threats and use abilities accordingly.
Closing Thoughts
I have played renata and seen renata and decided until further patches this is the best option. I am open to discussion so please talk in the discussion and i will reply. Come enjoy the stream as well! I am hoping to become an educational figure in league of legends. I hope this helped and you guys can learn from it. Thank you!