I like the runes but when should I pick them, If

Summon Aery is the most used page, why should I decide to go for the

Guardian rune page then? I think some notes for these could actually help a lot since then I would know that "oh I can go this rune page against this team composition or this one against this etc." instead of just having it say that it's the most used one but no reason as to why. Explaining the choices for the stat shards could also be a good idea. Why should I pick cdr & health in the Aery page but pick double adaptive & armor in the guardian page, what's the difference in strengths & weaknesses that I have to adapt with these runes? :^)

When it comes to the "Items to rush" you only explain quickly about vision. Me as the player, I don't know why I should be rushing

Redemption, maybe just a quick explanation of these (much like the quick sentence you did with vision) could remove this lil confusion.

Same thing goes with the Icy items, Other Viable support items & mage items. Why should I get

Locket of the Iron Solari instead of like a

The example builds are good so i'm not gonna get that much into them. :^)

I feel like the start sentences of each ability aren’t really necessary as it just replicates what is already shown if you look at the tooltips for each ability. If I or a new player wanted to know what that ability does, most people are most likely going to look at the tooltip from the bbcoding & just skim through it then to read those long sentences that you have in there (like the passive MonkaS). On top of that, it wouldn't be so long and the reader (me) would understand more that "oh this ability is very useful for this reason" instead of saying that

You explain some great stuff in your spoilers and I feel like just removing the tooltip information & putting those information out of the spoiler is going to make a much bigger difference in terms of knowledge on the ability (in my opinion).

You did a much better job in this section of explaining the reasons for the keystones, runes & stat shards compared to your cheatsheet. Remember that most people will rather want to get the information as quickly as possible (hence the cheatsheet) instead of having to scroll through your entire guide to get to the runes in order to know what to pick.

Again with the items, you explain the reasons for picking an item such as

Redemption much better here then in your cheatsheet, which again goes back to my previous point. :)

Mikael's Blessing is such a great item for

Ivern (and for good reasons thanks to the explanation I read for it). However, I don't see the item at all in your cheatsheet? :o

As for here, I really like the information and I think that the descriptions are really good so I'll just not mention anything about it, it's perfect.

As for this section, I still think that you should put in a warding picture as well for the

Stealth Ward (like right next to the control ward one, just making them smaller so they fit together). Unless, you don't buy a

Stealth Ward at all & just go for the

Oracle Lens and if that's the case you should probably strictly mention that you don't go for a Totem at all during the game.

Now this might just be entirely my opinion however, I feel like you can do so much more with this section. You mention Early- Mid- & Late game so why not fit in what

I think even though it might not be as important on

Ivern, wave management could be really handy, like Taxing (when to tax, when shouldn't you tax), Holding the lane (when? should you auto every minion to kill them asap or just last hit them?) & Pushing (when? why?).

You can also decide what to do if you're behind on

Ivern, what should you prioritize, if it's to just farm your camps, avoid the enemy jungler or do something else, same goes for what you should be doing if you're ahead on

Ivern, how can you capitalize on your potential lead.

I think something that's extremely important to a jungler would be the bomb plant, scryer's bloom & the honeyfruit since those can make or break an entire early game for a jungler, so maybe talk a bit about those?

Now this might just be me going overboard since this is

Ivern lol, but Combos? I feel like that'd be good for new players to know about.

I can completely tell that you've put a ton of effort into this from the length of the guide to the incredibly cute graphics as well as the visuals that makes this guide really fun, enjoyable & quite enjoyable to read through and learn about this little tree.

I'm sure that there is a few other things that you can look to improve with your guide, but where you stand as of right now, you've got a really solid & amazing guide. I'm going to let you digest my input, and maybe make some changes. If you want me to revisit your guide at some later point in time, then it'd be my pleasure. Just reply if you feel like it or post on my My Review Service! :)
1
[-] 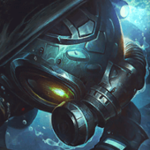 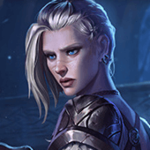 Exs Xena (5) | July 22, 2019 2:15am
Hey! Very nice guide you created here, well done! I've always seen Ivern (I'm main jngl myself) as quite a useless champion in low elo soloq, because of her hard macro gaming style of play, and because most other people tend not to get the way to play around her... Anyway this cool guide kinda motivated me to pick her up, since she's one of the 4 champions I don't own yet! So let's hit the rift! Anyway my question, what do you think in terms of reliability for mid tier soloq? Because I feel like she's a big beast when played by the best junglers in pro-play, such as Ning, Score, and many more, but in soloq mehh... What's your idea on this?
DSM Aubery
2
[-]

Chromuro (47) | July 22, 2019 4:51am
Hey there! I'm really happy that my guide inspired you to play Ivern, I hope the best for you with him!
About reliability yes, unfortunately we can consider ivern as the reverse yi: he does pretty poorly in lower elos and does a lot better in higher elos, this because of both his high skill ceiling and because he relies a lot on his team (remember that ivern is pretty much a support, w/o anyone to support you can't do much lol). A suggestion I would make when playing ivern is always bring someone with you to in soloq, even by just communicating with him it will make your work a lot easier at least in a lane.
Have fun with the jungle tree!
2
[-]

Mr. Nyahr (8) | July 14, 2019 4:31pm
Tons of information, and well-articulated explanations, very solid overall. I really like how the dividers look like his Q, nice touch. Does feel a bit cluttered in some areas, but nothing major.
1
[-]

Chromuro (47) | July 16, 2019 4:22am
Hey! First thank you for your kind words!
Could you please indicate me those cluttered areas? Maybe I could fix them someway
Loading Comments...
Load More Comments

[UPDATED FOR S11] Skirmisher Ivern Does Not Like Treehuggers
By Spection