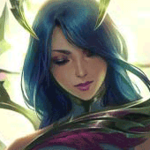 Doody_tco (22) | November 26, 2020 9:19pm
Hey! I know this guide is outdated because of the new shop, but I still like the variety of options you have provided, SPECIALLY the URF one?! I don't mind of the build is outdated -if you don't feel like updating it- I can modify it and go with it!! Thanks a lot for the great effort <3
1
[-]

JccmSaysNom | November 20, 2017 10:24am
[deleted] wrote:
Ap ashe is just wrong to play unless you playing in fun modes such urf where all players are ap, but if all here are ranked players seeking for guides to play ap ashe is completly wrong, i played ashe first time i came to lol, and i still playing her as my main adc, i played her ap and didnt work xD, sry bro.
I reject your reality and substitute my own. Or so I'd like to say.
Personally I was forced by riot to play some of my first games as Ashe back in season 1, and as soon as a new free rotation got around I moved on to Miss Fortune and the wonderful 3 Phantom dancer + IE build and I never returned to Ashe before I decided to check out the AP scaling on various AD champs as I had gotten bored of playing AD Malzahar, at this point I was plat 1 and the meta had moved from playing ADC mid to the standard adc + support bot, which AD Malzahar completely shat on anyway, but a part of me still had the notion of playing Ashe mid, and seeing as her ulti had a 1 to 1 AP to damage conversion, back in the time where getting 1000 AP wasnt a clickbait title, but instead an almost in-escapeable fact of any game beyond 30 minutes, AP Ashe was a top tier pick, along with AP Caitlyn who used to have better AP scalings on her E, aswell as scalings on her W, both of which I had a lot of fun with, and personally I won about 50/50 of those games.
and winning wasnt even the part of the build, the idea is having fun, just like full lethality Caitlyn wont win you the majority of games, neither will AP Ashe, but seen your ultimate take 80-100% of peoples health bars, is undoubtably fun, if you arent 0/20 in lane because Zed is currently mowing your face off with a sand grinder.
AP Ashe will NEVER and I mean NEVER be as effective as an ADC Ashe is, and in an even lane where both players are keeping perfect creep scores, Ashe WILL lose the game to any normal midlaner. Because that isnt how you should be playing it. You need to keep your CS up and theirs down, and keeping your ganking game higher than theirs, by roaming or having your jungler gank you. Ashe has a really annoying slow from lvl 1 making her an easy lane to gank for your teammates, and her ulti lets her "roam" without even leaving lane, although its better to just go there and not try to eyeball the ulti. But the idea of the guide is to show people its possible, because it is, I regularly play AP Ashe when I get tired of the meta or botlane in general. And even my winrate on AP Ashe grows lower and lower for each fit of playing it that I get, but its still fun, and it makes you play the game in a new way to succeed, which is the point of the guide. because it CAN work if you play to it's strengths. atleast that is my view on it, but if it isnt fun to you, then you shouldn't play it, easy as that.
1
[-]

MaT5892 | September 3, 2014 9:43am
I like seeing stuff like this and it is kinda interesting. As another note I think that spirit of the elder lizard is not a bad idea and can be added to things. It works wonders on her W with Torment.
1
[-]

thank you for mentioning it, masteries have been added and I will be adding a section about the mastery choices later on.
Loading Comments...
Load More Comments